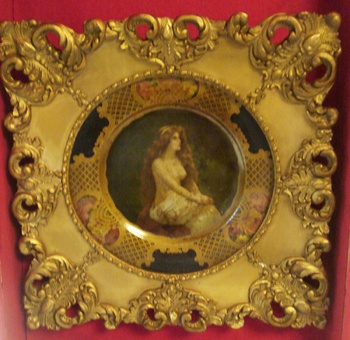 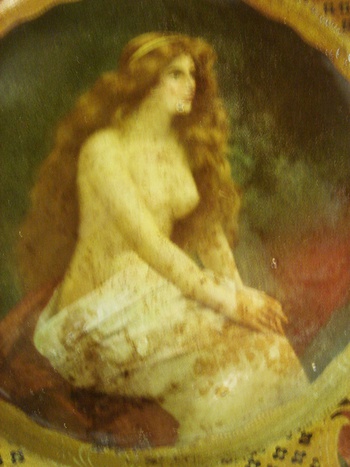 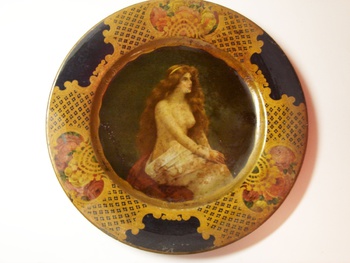 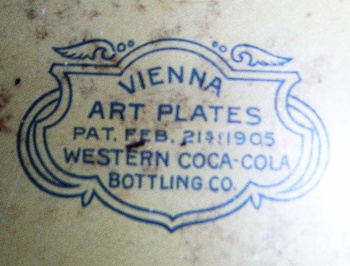 In 1905, the Chicago franchise of Coca-Cola ordered 8 different "Vienna Art" trays from Germany. These metal trays came with a beautiful frame, and some in a shadow box. One of the trays shows a bear breasted model. Well, Atlanta was not too happy about that (it was 1905!) and ordered the Chicago branch to remove them. Not wanting to jeopardize their franchise, the trays were removed and destroyed or returned. A few made it out, and this is the one I have.