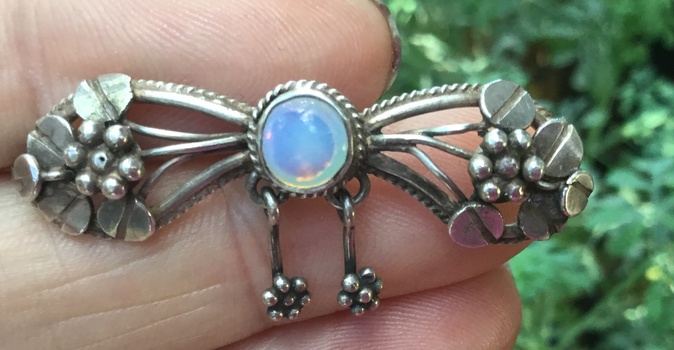 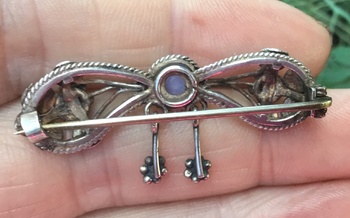 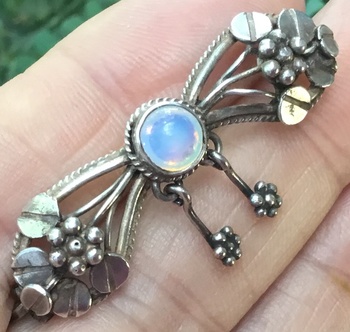 This brooch is by Helen Holmes. She isn't the better known designers from the 1900s, but she was extremely versatile. This brooch is very typical of her work, with the screw head leaves, and of course the florets of flowers which was very popular In art and craft jewellery.

Helen was born in Bath in 1876, as Helen Smith. Against the trends of the time Helen asserted herself and eventually won her parents agreement to follow an artistic education and then a career. She studied at serveral colleges in Bath were she learned the rudiments of metalwork, painting and leather work. She married Frederick Charles Holmes in 1905 having met him in the guild hall in Bath when he was then the headmaster of Bath City Boys School. She had four children three girls, and a son in 1916. Her husband died in 1939 at the age of 70. In 1944 the poet John Betjeman was billeted by the admiralty at the same address as Helen and they formed a friendship. In 1951 she was commissioned to make a chain of office for the Bath Towns Women's Guild. She died in Bath on the 13th of Nov 1972.