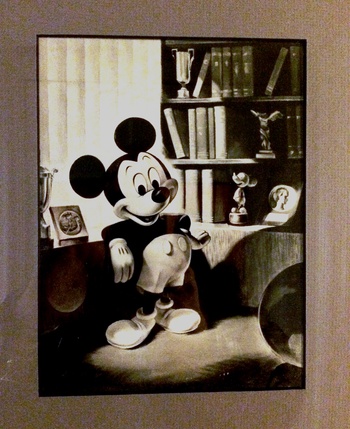 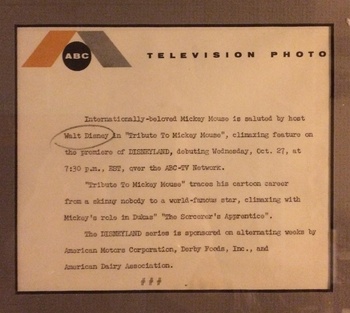 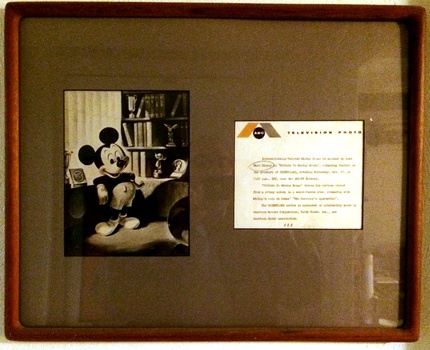 M.I.C.-K.E.Y.-M.O.U.S.E!
This is a press release and a photo from 1954 by ABC Television. What makes it historically significant is that it advertises the first episode of the "Disneyland" series, a show that would later be called "The Wonderful World of Color". It debuted on October 27th, 1954. The photo is date stamped on the back. It was originally hosted by Walt Disney himself, and I'm sure many of us remember this series on ABC while growing up. It stayed in production until 2008 I believe, making it one of the longest running series ever. This was a gift from my brother, who picked it up at an auction of old press releases from the "morgue" of a closed newspaper. The press release was on perforated paper and was originally attached to the back of the photo, but had fallen off. I had them mounted and framed to preserve them together. One of the best gifts ever!