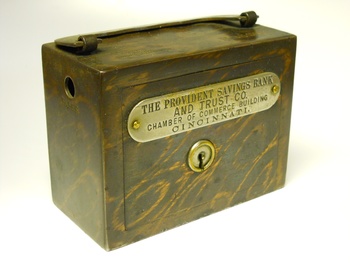 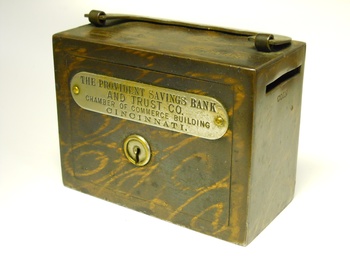 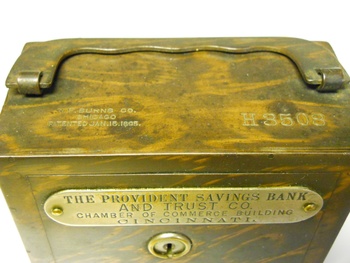 Good Morning CW Friends Collector----12:30AM)2016-12-17
Here is another promotional advertising steel bank from my collection, this one promote "The Provident Savings Bank & Trust Company, Cincinnati" Manufactured by the W.F.Burns, Chicago & New-York.
The decor on this one is swirle electroplate, this model was patented in 1895, at this time the company have not develop the flapping coins mechanized on the side of the box(pic 4)with this system present in the 1895 model it's the next coin insert made the first to fall in the bank.