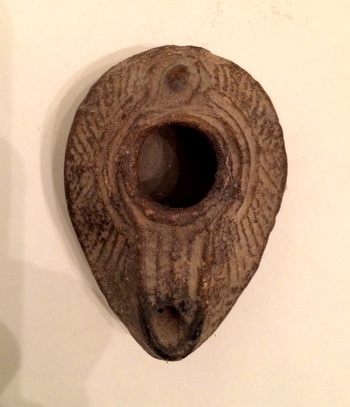 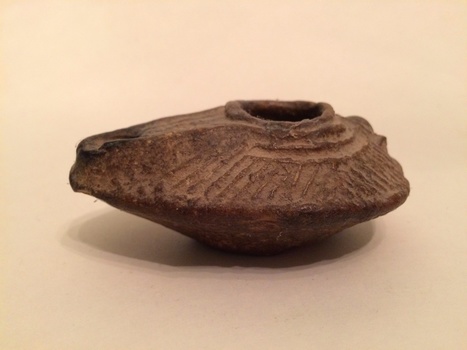 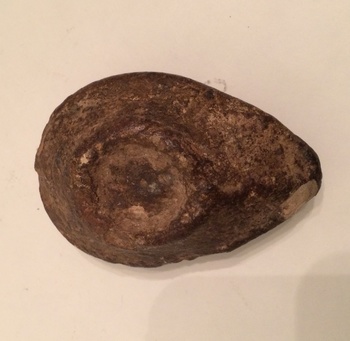 This late Roman or Byzantine oil lamp dates to after Christianity became the official religion of the empire, as evidential from the crude angel motif on the top surface of the lamp. You can see this image in the first photo. Earlier and better lamps of this type would have had more detailed angels, and later versions were even more crude, so this one probably dates to c. 350-500 AD and came from the Eastern empire. This lamp is very small measuring only 2" X 3" and made of fired clay. There is a small chip on the bottom near the area below where the wick would go. Scorch marks evident on the top surface.