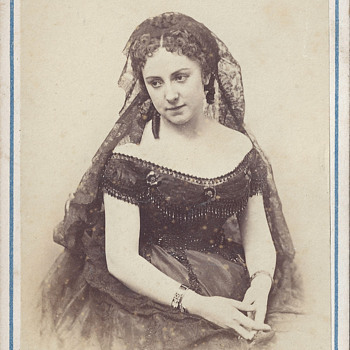 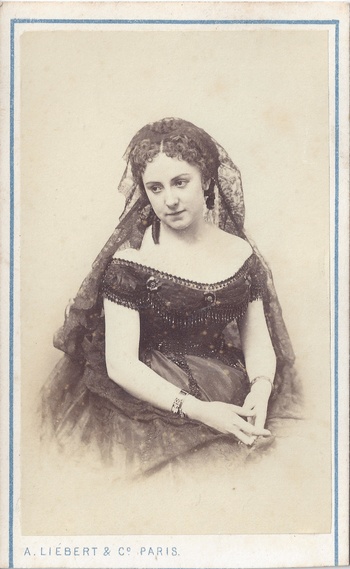 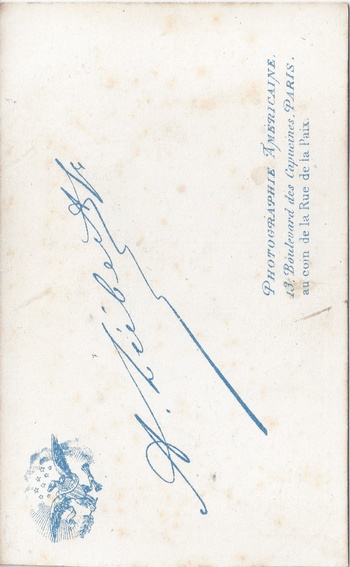 a find from ebay.

it's no secret by now that i'm a sucker for pretty ladies. i have yet to identify her, but gosh, there was no way i was passing up such beauty and such a great and clear example of the era's fashion!

**EDIT: identified! and here's a snipped i found about her and her incredible life (can i just say that i really love this this woman) :
"(1835-1868)
Menken was a controversial American actress and poet who was a brilliant self-publicist being one of the first to see the promotional potential of photographs in her campaign to make herself famous. She was particularly keen to be photographed with famous literary figures of the day and in risqué attire. The public was shocked in the 1860s with Menken’s short hair and even shorter skirts, and she once gave a press conference lying on a tiger skin, sipping champagne, and smoking a cigarette. Defying conventional values with shocking behavior was her key to fame and fortune rather than acting ability. Her most famous stage role was that of Mazeppa in which she was strapped to a horse in flesh-colored tights seemingly nude. In fact, removing her cloak in one role she has been said to have performed the first public striptease act ever witnessed in a theater. She may also have been the first woman in American theater to bare her legs. Seeking respect as a poet, Menken cultivated friendships (some romantic) with the likes of Walt Whitman, George Sand, Charles Dickens, Alexander Dumas, and Algernon Swinburne. However, Menken’s fame did not last, though she was very well known in her time. Dying at the age 33 in Paris of complications of tuberculosis she wrote to a friend, “…, have I not at my age tasted more of life than most women who live to be a hundred ?” "