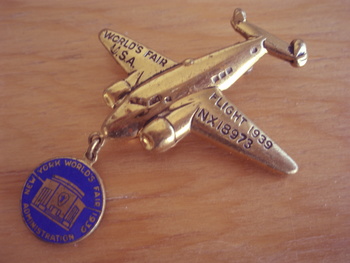 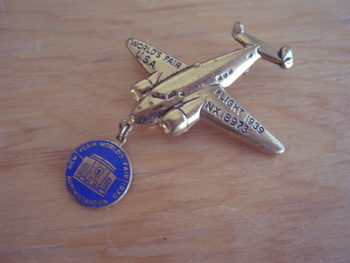 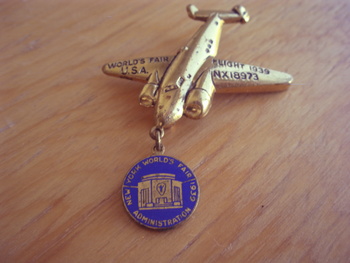 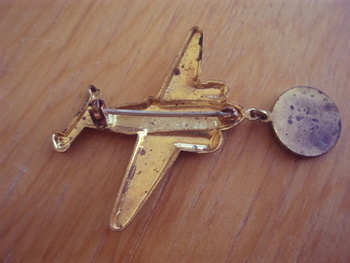 This pin from the 1939 NEW YORK WORLDS FAIR was to celebrate the new around the world record breaking airplane flight by HOWARD HUGHES On July 14, 1938, Hughes set another record by completing a flight around the world in just 91 hours (3 days, 19 hours, 17 minutes), beating the previous record set in 1933 by Wiley Post in a single engine Lockheed Vega by almost four days. Hughes returned home ahead of photographs of his flight. Taking off from New York City, Hughes continued to Paris, Moscow, Omsk, Yakutsk, Fairbanks, Minneapolis, then returning to New York City. For this flight he flew a Lockheed 14 Super Electra (NX18973, a twin-engine transport with a four-man crew) fitted with the latest radio and navigational equipment.
This pin was an administration one.