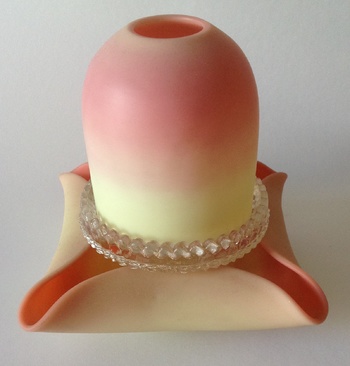 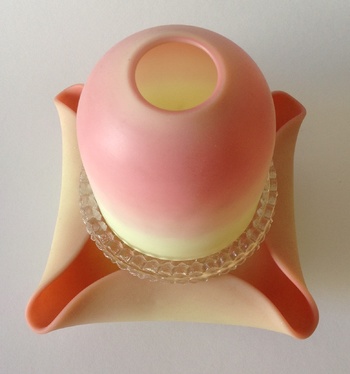 This Burmese glass fairy lamp took several years to put together from spare parts, & was well worth the wait. The four cornered base came first, a flea market find. Then a number of years later, I found the dome in an antique shop...& a few months later, the clear Clarkes cup from eBay.
It was so satisfying to be able to put it together! Now I am on the lookout for a variety of other fairy lamp parts to suit several other domes in MOP satin glass, spatter glass, pull up theaded glass, as well as various bases. The main parts I am trying to find are the clear cups in the larger size...they are quite elusive compared to the smaller ones which do seem to turn up regularly on eBay.