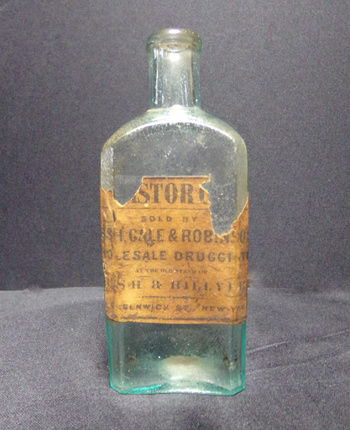 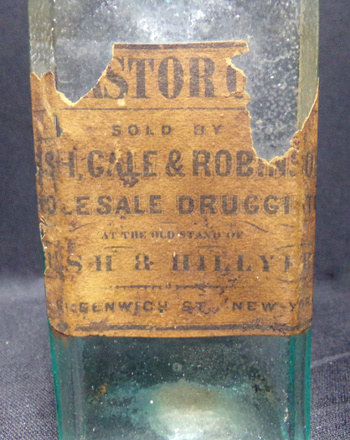 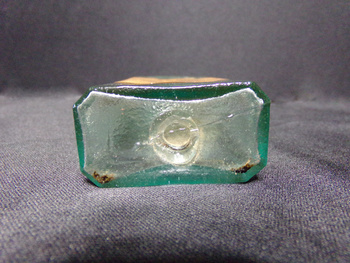 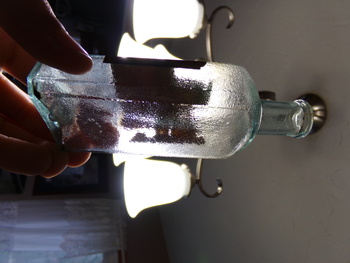 I am quite certain the label is original to the bottle. Glue wasn't very cheap. They used as little as possible, hence why labels often fell off. On many labeled bottles (not all), only the sides are glued down (thus you could slip a paper under the label in its middle). This displays that. When someone puts a fake label on, he often glues the whole thing. Further, this one is slightly off center and at a slight angle, whereas most people try to make it perfect for display-- which is too time-consuming for a disposable bottle like this. The wear and damage is quite correct for its age, rather than artificially created, and the bottle is free of interior staining except for a build-up of dust and residue (not ground staining). The bottle is period-correct for the info I've found on the company, too.

While I normally collect labels based on condition and graphics (or, my city), this one was too good to pass up as it is 160 years old.

If it is of interest, there is enough left to determine that it says CASTOR OIL on the bottle. Some of you know how yummy that was (sarcasm).