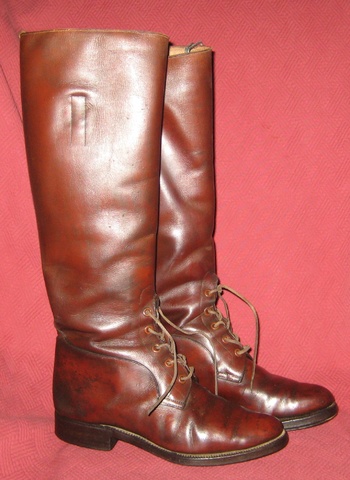 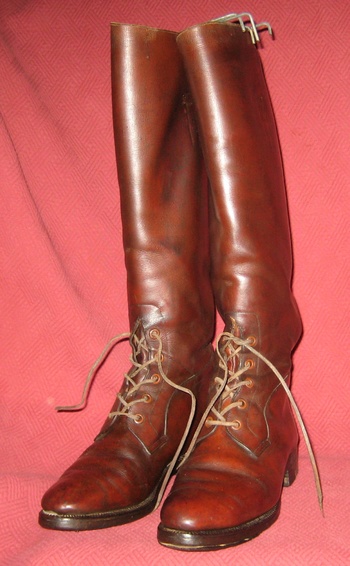 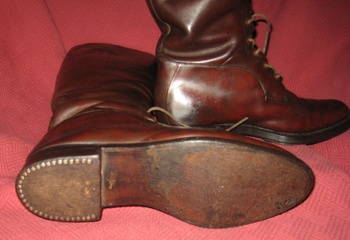 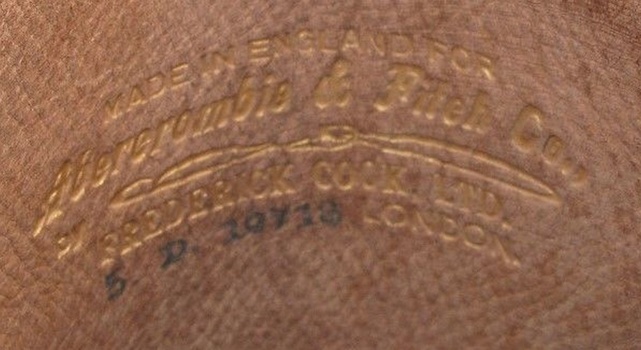 Hello everyone at CW!!

I recently picked up these vintage Abercrombie & Fitch Co. field boots. These were made in England by Frederick Cook, LTD, of whom I've been unsuccessful at finding any information on. I've heard these referred to as hobnail boots, due to the hobnails in the heels.

I'm told these were made in the very early part of the 1900's. The boots are still in pretty fair condition and still retain their original leather laces and original boot pulls. They're very small sized boots and appear to be a size 5.

A bit of Abercrombie & Fitch history:
David Abercrombie founded A&F in 1892 as an upscale sporting goods store. Forming a partnership with Ezra Fitch, the company continued to expand in the new 20th century. Ezra Fitch had been a longtime customer of the Abercrombie store. After Abercrombie left the company, Fitch became sole owner and ushered in the "Fitch Years" of continued success. After his retirement, the company continued under a succession of other leaders until its financial fall and closing in 1977. Limited Brands purchased the ailing brand in 1988 and brought in Mike Jeffries, who revolutionized the image of Abercrombie & Fitch to become an upscale youthful fashion retailer. Today, the company is a multi-billion dollar entity continuing to experience economic expansion through the business continuance of three offshoot growing concepts and cautious international expansion into key luxury markets.