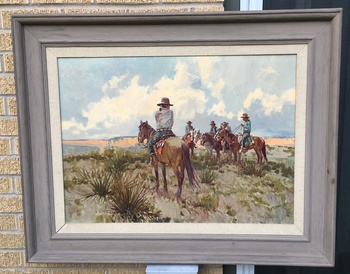 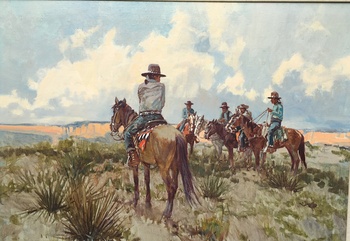 This was a thrift store purchase from a few years ago. Signed by artist Ross Stefan Western Oil on canvas Titled "COAL MINE MESA" dated 1968.

Ross Stefan was born in 1934, Fame came to Ross Stefan in 1971, when his one-man show in New York City virtually sold out on opening night. From that point onward, Stefan’s work was amongst the most coveted and best-collected in the state of Arizona and museums. 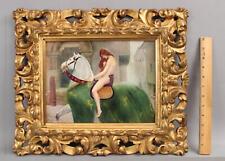