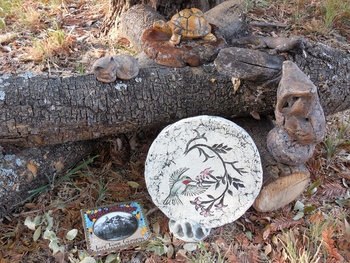 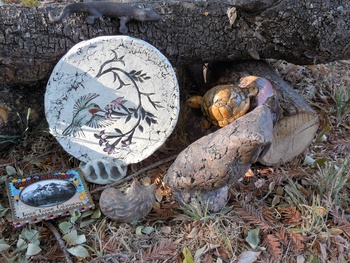 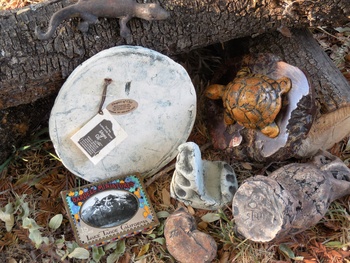 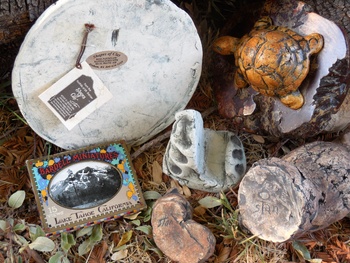 About 18 years ago, at a garage sale in Martinez, Calif. I found this hand made pottery Whale sculpture, about a foot long, and was marked hand written Stan on the bottom. I asked the man selling, if he knew who Stan was, or anything about the piece. He said that his father had bought it from the artist, years before down by Monterey, Calif. where the artist was from, and that he had paid a lot for it. I asked how much he wanted, but the price was too high, I really liked the way that it was made, like it was just mashed together, yet was smooth, solid, and heavy, I asked if he would take any less, and he said that another guy might be back for it, but if I had the cash now, I could have it for $10. less, still too much but I had to have it, and paid the price he wanted.
When I got home, I searched, and searched, but found nothing on the Potter/artist Stan, but a few months later, I found another piece, marked Stan, and then later some large Trout bookends, marked the same, but not until I found the Turtle, on the wood base, that is in the pictures, while searching it, I finally found, another one on the internet, but still no info, just Stan. Since that time I have found many other figures, figurines, bowls, cups, and many plaques, and finally a sticker "Shapes Of Clay", by Stan Langtwait, and then an article from a news paper, on the internet,

Logger Builds Million Dollar Business, this is from that article:
"He didn't find deposits of gold or silver, but clay.
Starting in the 1950s. Langtwait used the substance to build a small empire, creating pottery known as Shapes of Clay at a factory in Graham, Wash. until his death in 1980."

Thank you for looking, I'll post a link to the Article in Comments! :^) 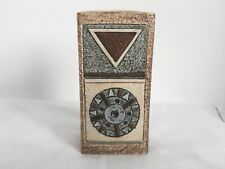 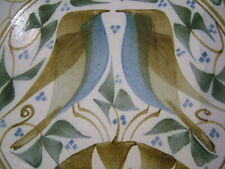 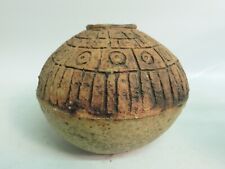 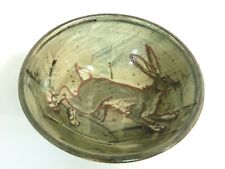