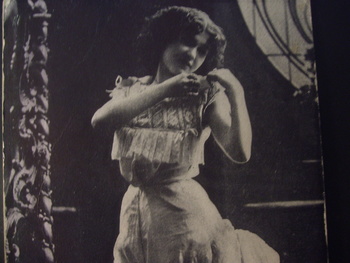 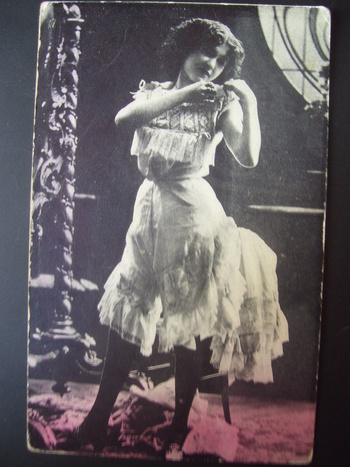 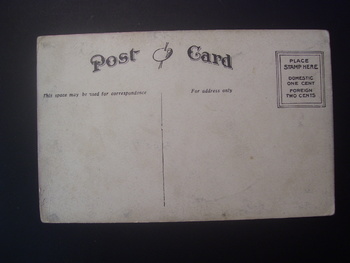 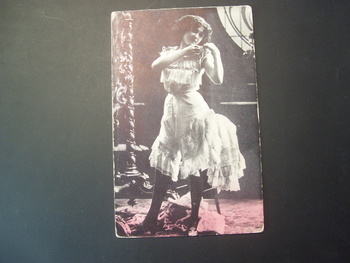 It has a color band tint of violet across bottom where lays her corset which has been removed. What she is doing now, is taking down some straps. In those days because of some many articles of clothing to put on and take off--it took time to do that. A respectable woman had layers of stuff it was thought necessary to put on the body.
A corset could not be worn till a girl was 18. Before then she was still considered a child.
This Missy has her dress off and bundled behind her in the chair
I wonder if this beautiful woman was a model? It may have been very daring in the day, due to the removed corset, but it was meant to be mailed as a postcard thru the system..
Maybe discreetly in an envelope might have been an option? It was never posted as a card thru the system.
I am not good judging what was risque and what wasn't--in the distant past--and I have seen things on postcards and mailed that clearly, to me anyway, seem really "iffy" for the times!( just post-turn of century).