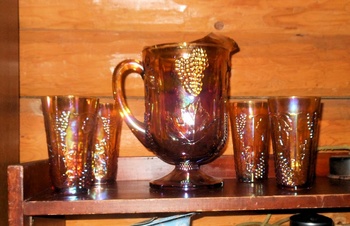 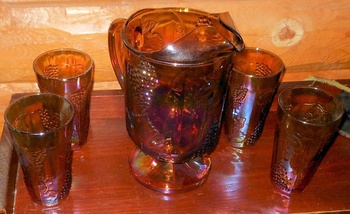 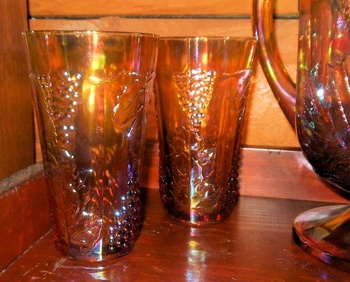 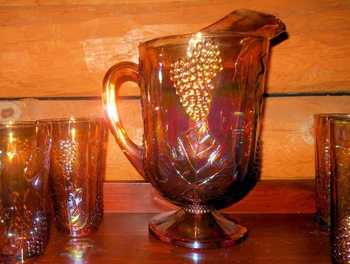 I have been looking for this pitcher for six years since I got the glasses/tumblers. This is carnival glass and are the only carnival glass pieces I own. I like carnival glass but I can't collect everything. It is called carnival glass as it was often given away as a prize in carnival games. The iridescent color is a trademark of Carnival glass. Try and get a coin to land on a heavily waxed plate. The pitcher would be a big prize.
The Harvest pattern was around a long time but only made in this color from 1974-1981 according to my research. It started in the 1950s as milk glass and were made for the Lancaster Colony Corporation and were Green Stamp premiums.
The pitcher is much heavier than a depression glass pitcher. It weighs about 6 lbs empty. It is a 64 oz pitcher so may break a wrist when filled. The tumblers are about 6" tall which is a decent size for a glass.
In other news my attempt to crack open my geode. Last resort will be my sledge hammer then I will have a lot of geodes although they may be small.