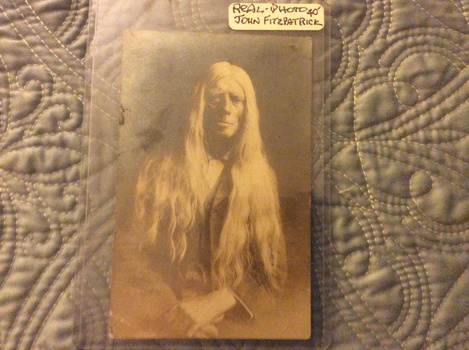 This is a 1906 photograph of John Fitzpatrick who at this point was 81, an Irishman living in British Columbia who was famous for growing his hair long in just 2 years. Famous is a relative term. I think he was making a living selling photos of himself as I found another photo on the Dr. Fong House of Mysteries site saying only that he was a British Columbian pioneer with fast growing hair. I’d love finding if there’s is any other information on him. He was born in 1825 in Sligo Ireland. Surely he had some other claim to fame.lol