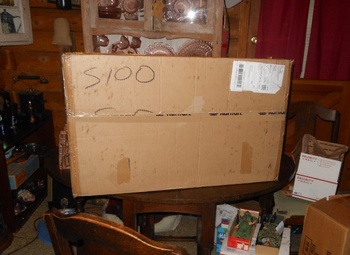 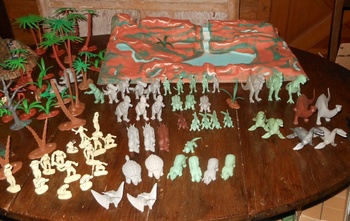 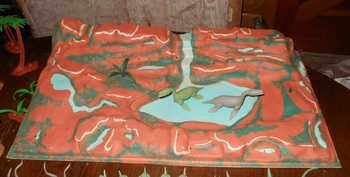 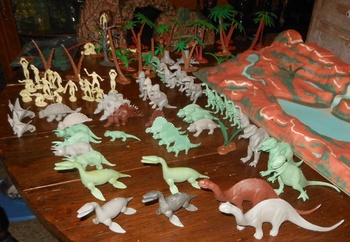 Yes I fear more Marx Dinosaurs. I have been in Marx Dino mania as I bid on a set and lost then found another and won. This is the Series 500 Marx Prehistoric Times Playset. This will take a few posts as there is more such as what is left of the box, paperwork, the plants and more.
The main feature here is the vacuform base. Back when I was a kid I got one at a church rummage sale along with some Marx Dinosaurs. It is the ultimate display piece for the dinosaurs and that is not an accident. In the long ago Marx made these as store displays for their toy dinosaurs using plaster. People wanted to buy them so they made a vacuform version and the dinosaur playset was born. This set is from the 1950s I think although a sleek green T rex is included, that did not exist until 1961. But then one could add to their collection buying either bagged or carded sets. The Brown Dimetrodon and Brontosaurus would have been from the carded set. Possibly a bagged set had the mold brothers been deformed.
I fear to tell you but more dinos coming next.