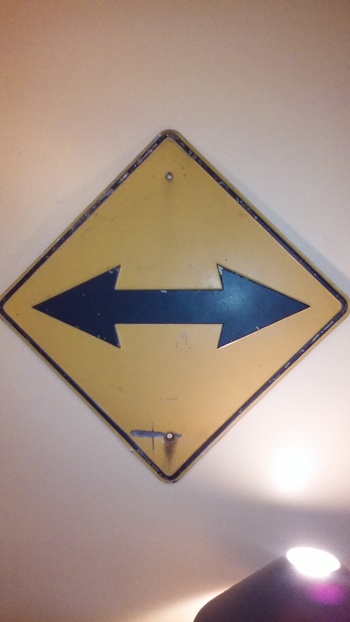 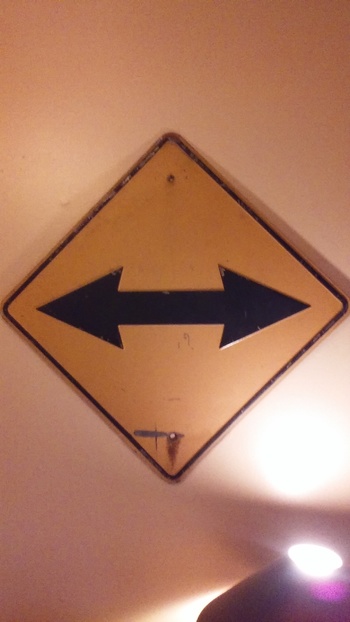 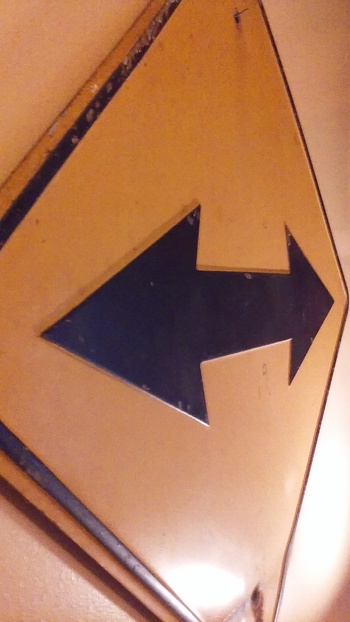 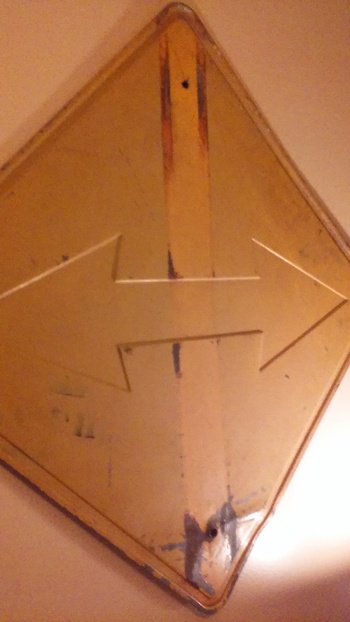 Go one way or the other, but forward no more!!

This is one of my favorites amongst my road sign collection, likely also one of the oldest. I would have to guess this sign saw service in the 1930's to 1940's [as by the 1950's, non-embossed aluminum was becoming the preferred material for road signage] since it is made of (painted) heavy gauge embossed steel, and it measures 2' square. It was probably first posted somewhere in the rural Fulton Co., IL area, eventually finding its way to my uncle's scrap metal pile behind his barn there, from which I then 'rescued' it as a teenager in the 1970's. It hasn't been "outside" since... ;-) :-)