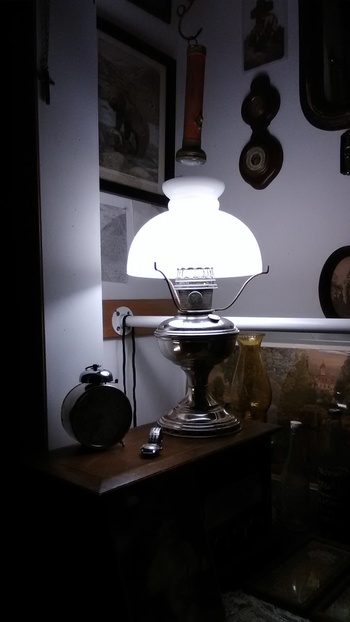 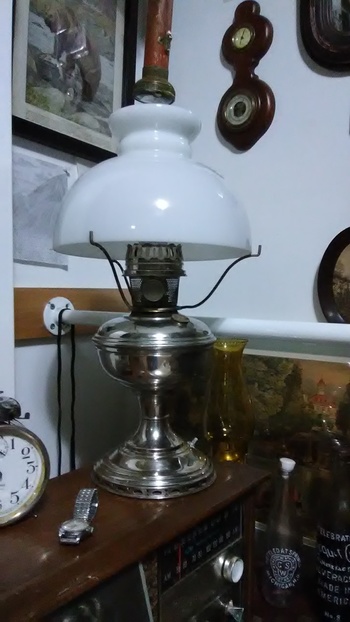 American version of Aladdin model 11. C. 1922-1928.
Well, today I was going to one of only two ATMs in my town that don't charge a fee for my debit card (both are across the street from each other, hah hah) some ways to the Northern reaches (I'm in my city's Southern reaches-- which is technically another city, but anyway.....), when I stopped at what's usually a junky thrift store. In fact, their sign says only, "Thrift Store"-- no real name! (But I know their store's name). Anyway, this was in the back room-- lamp only, no shade (shade is from another thrift-store last year).
So I bought it. It was converted to a push-button on-off with fabric wiring but was mostly rewired with more modern vinyl, probably around the later 1950s. It works well and, after a good polishing of the nickel plating, graces my bedroom.