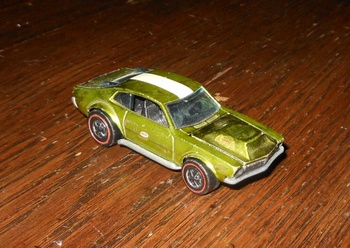 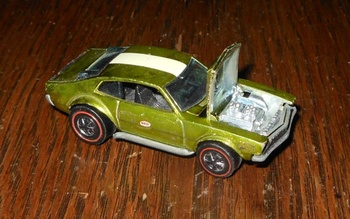 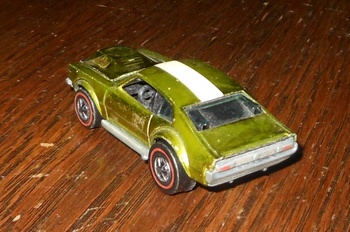 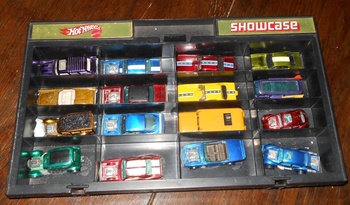 This one like many others is missing its wing, which is a large plastic spoiler. It takes about $20 off the price but still worth about $30. Hot Wheels have gotten rather expensive so I have purchased many of late. Personally I think it looks better without the wing.
This seems to be based on the Pro Stock drag racing cars. The Mighty Maverick was released in 1970 back when Pro Stock was becoming popular.
What I like about this model is that it didn't have the usual Hot Wheels engine design which was usually blown or injected. This one has a raised hood with an engine unique to this car I think. Plus instead of the usual exhaust headers this has a single pipe along each side which is a bit more realistic for a street driven car. Personally I think it is one of their better looking models especially without the wing. There was a tendency to go over the top at times.