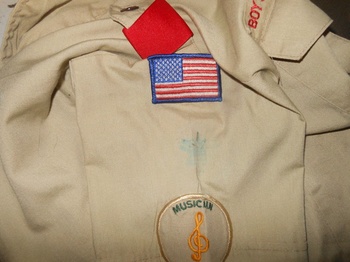 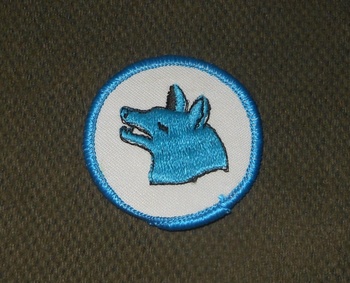 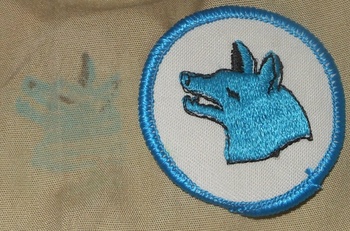 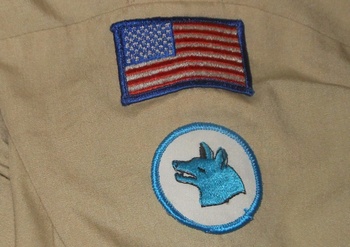 Oh no not another Boy Scout post! Oh yes as this has been my current project. I even took photos to do another post for the fourth but it just wasn't working. Plus it still involved the Boy Scout flag patch.
This part of the project was to replace the patrol patch missing on the right sleeve. I could see some blead through from the old patch still on the sleeve. See photo #3. The outline of the old patch is still on the sleeve and the new old patch is next to it.
This patch is the patrol patch. Patrols are the smallest unit of the scouts. Usually about 8 members. Most of the patrols use either a wolf or arrow and this is one of the wolf patches. Patches are not unique for each patrol. Currently there are 44 official patrol patches. I think it was much less in the past.
This patch with the blue wolf head was used from 1972-1989. There is currently a new version of it. Looks like a boar head to me. That wouldn't be a bad thing as the large boars are apex creatures in some areas. Regardless the patch is no in place and I think it is a perfect match.

Happy 4th of July everyone.