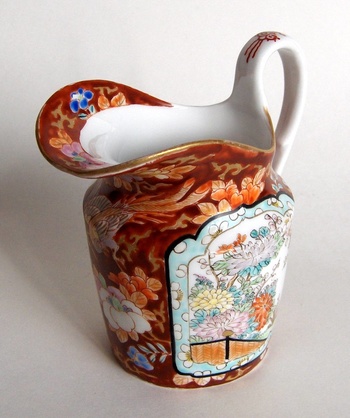 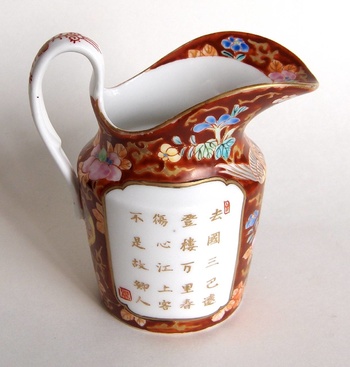 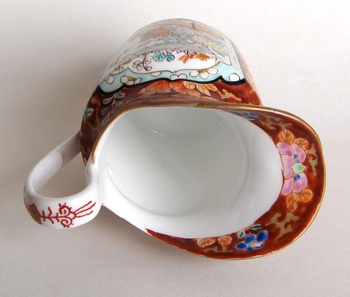 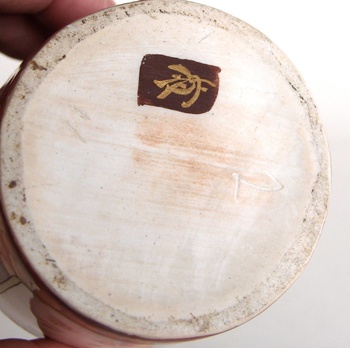 Japanese collectors would say the Meiji period, which is the name of the Japanese Emperor ruling at the time, 1868 to 1912 if I remember correctly. Fukagawa was one of the most respected porcelain companies then. They made eggshell delicate porcelain pieces like cups and saucers, all covered with intricate red and gold hand painted designs.

The family did spit up at some point during the end of the 19th century, and one producer chose the orchid as their symbol. You see it here in gold on a brown cartouche on the unglazed base of the small pitcher.