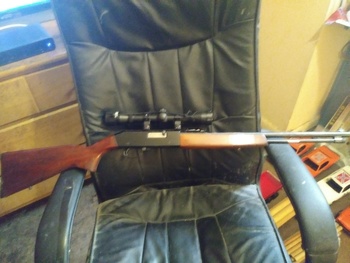 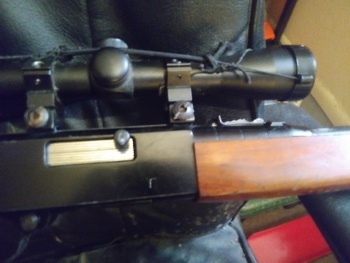 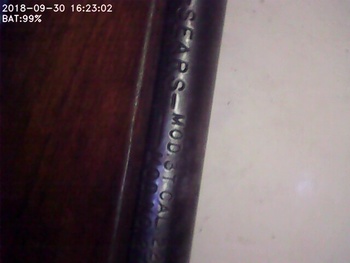 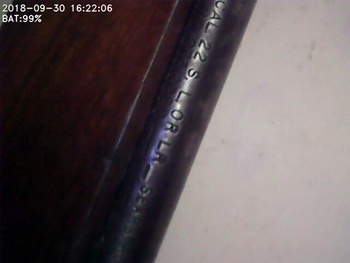 50 years ago, give or take a month,I recieved my first rifle. When I say first rifle, I really mean first. I was 14 when I recived it and I had NEVER owned or shot a BB gun, pellet rifle or any firearm. My mother gave me the "You'll shoot your eye out" line thirty years before Christmas Story came out. I can relate to that movie in many ways. I had dart guns, Mattel fanners, snubnoses and Winchesters with the gray bullets( (Greenie Stick 'em© caps), but no potential "eye shooter outer" weapon
The first bullet I shot out of it was the first live round I had ever fired.
It's a Sears(Ted Williams) model 3T, which is a Winchester 190 manufactured for Sears. I didn't know it at the time but '68 is the first year the 190/290 Winchesters were made. The first generation like this had distinctive features the latter ones didn't have( there were 4 variations up until they stopped making it in the early 80's. The bolt has decorative grooves, later ones were smooth. The bolt handle has grooves that were eliminated later. The rear sight is mounted on a plastic base that gives it smoother lines than the later ones. It's marked for S, L & LR rounds, models after this were only marked for L & LR.
My uncle and father "highjacked" my gun for years to rid their gardens of squirrels. This rifle is deadly accurate, it has a small rear "v". If you line up the sights and squeeze the trigger, you'll most likely hit it(maybe even an eye). If the stock was notched for every squirrel hit, there wouldn't be any wood left!
I got the gun bsck after many years about 2 years ago. I hadn't shot it in 30 years. I was at a friend's place and shot it. When I held and aimed the gun it felt like it did in '68. It seemed like I had just fired it yesterday, I aimed at the can sitting on the fence post and nailed it. I grinned and my eyes got misty, like they are now.
Thanks,
Toyrebel