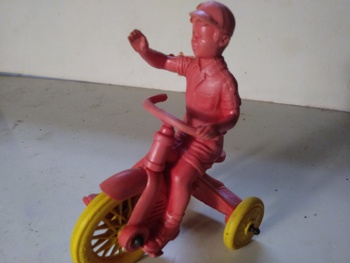 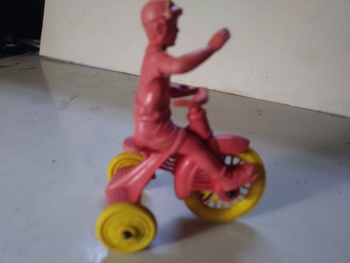 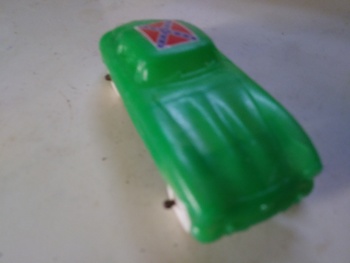 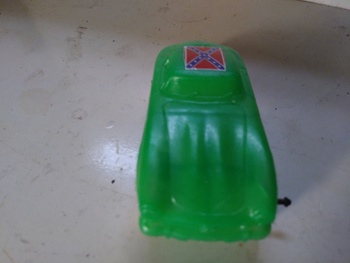 I'm sure you've read the title of this post and are perplexed, bewildered and stunned. A loyal Alabama fan that's a fan of Auburn? It's unheard of in this state. You're a fan of one or the other. You make a choice at either birth or when you cross the state line. Sit on the fence and you risk taking crossfire from both sides! But I can explain this enigma. I'm talking about The Auburn Rubber Co., not the God forsaken University that is the sworn enemy of the great UNIVERSITY OF ALABAMA in the greatest football rivalry in history.
Auburn Rubber Co. originated in Auburn, Indiana not that other place in Alabama. I had quite a few Auburn toys as a kid; some cars, motorcycles, soldiers, cowboy/indians, a pretty neat bulldozer, a fairly large sized train set, tractors etc. Ftapache has shared some of their military vehicles, I had several of them to supplement my playsets. I usually bought mine in Woolworth's or at my favorite five & dime store. The smaller stuff was usually loose in bins. They were incredibly afordable, durable and had great play value for the price. I uncovered/unearthed some ones I've had for at least 20 years.
The first is a boy on a 40's-50's tricycle. He's about 3 1/2" tall. I like the front fender with the louvers connecting to the front axle. That's the look the older bikes and motorcycles had. I didn't have this toy as a kid, but I had vehicles in the 50's with the exact color combo. Earlier Auburn vehicles were made of a harder rubber and usually painted. I don't know when they transitioned to this composition, but all my Auburn Co. stuff was made like this in the 50's.
At some time Auburn transitioned to the plastic the green 300 SL is made of. I'm guessing early 60's. The Gullwing Mercedes is one my favorite cars of all time. The Confederate flag didn't come on these cars originally. I have no idea who could have put it on the roof.
Since I have uttered the blasphemous "A" word several times in this post. I must now atone for my sins by reciting the magic incantation; ROLLLLLL TIDE ROLLLLL!!!!! and on bended knees beg Bear Bryant and Nick Saban for forgiveness.
Thanks for dropping in,
ROLL TIDE again,
Toyrebel.