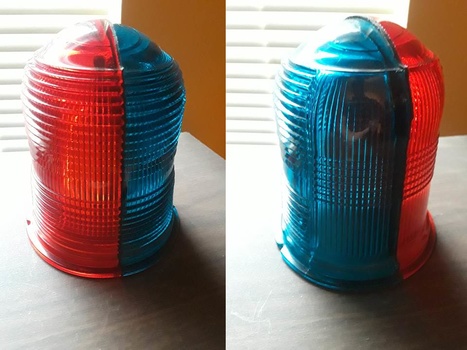 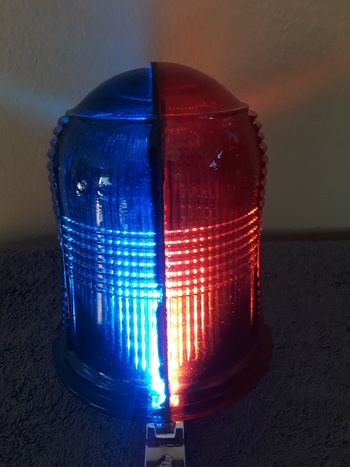 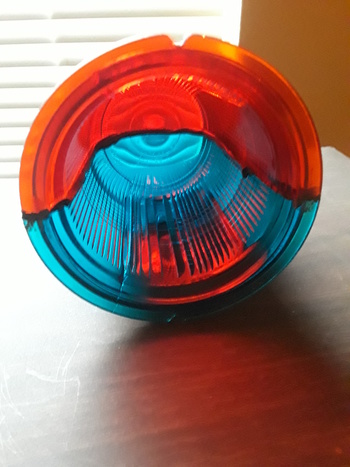 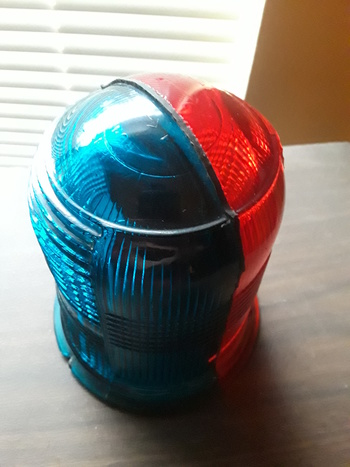 This was picked up from a popular auction site a few years ago, simply because (it was affordable and) I instantly thought it was cool. ;-) :-) It stands 5-1/2" tall and is 4-3/8" at its widest part of its rim, its halves made of red and blue-green colored glass joined with some form of black rubberish adhesive. The 'blue half' actually looks more green in natural light but is very blue when illuminated. (with a LED flashlight in 2nd pic)

I'm sure it has some very particular meaning/purpose to direct airplanes around runways, but I don't know what that is... The lens itself is specifically "directional" in design, with the pattern of its fresnel ridges made quite differently at the approx 1/4 of its outer diameter where the blue/red halves join on one side, and arrows (in that direction) on its top indicating "POINT ARROWS TOWARDS RUNWAY". The only other marks are also on each half of its top (mfr's marks?) which look like a "C" with a smaller "I" inside it, both underscored.