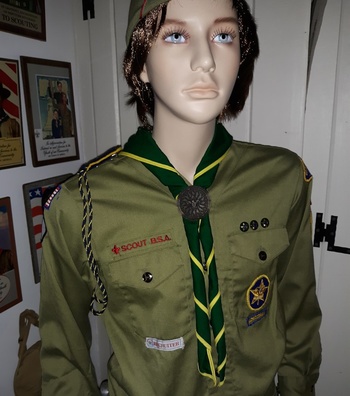 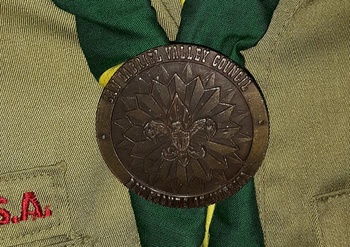 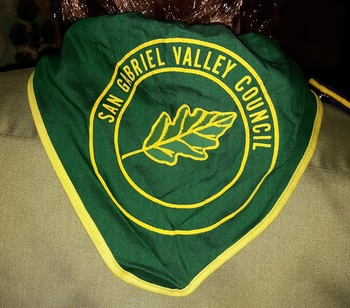 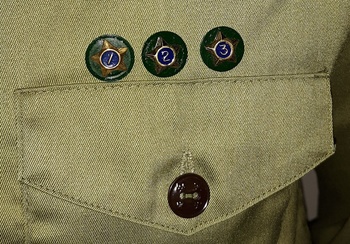 As promised a post just for the neckerchief and slider. These are both for the San Gabriel Valley Council which includes the area from Pasadena to Pomona. Something like that. It is the northeast portion of the greater Los Angeles area. Apparently the gouncil does not exist anymore and is now part of the Greater Los Angeles Council. But in the late 1960s they had their own slider and neckerchief. The slider is a bit large at 2" across. The original owner became a Boy Scout in 1968 so that dates it from about that time.
As a free bonus a photo of three service stars (different owner). After one year of scouting the scout is eligible for the One Year star. This scout made it to 3 years plus. These have the green background so these are for Boy Scouts. Cub Scvout stars have a gold background and can be worn on a Boy Scout uniform.
No worrie I still have new material for a Saturday Evening Scout post next week.