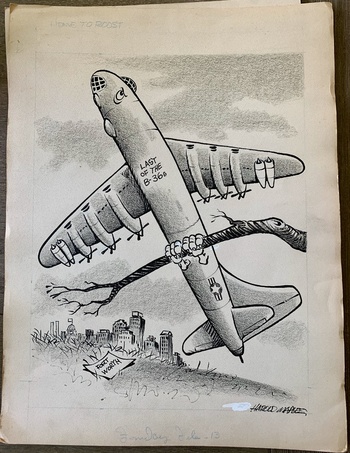 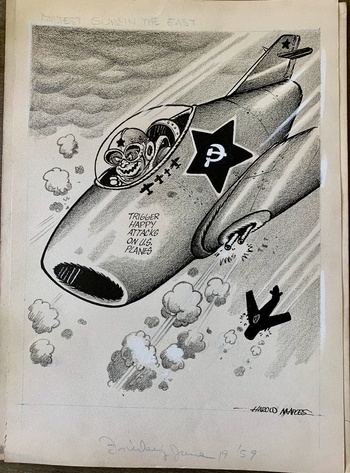 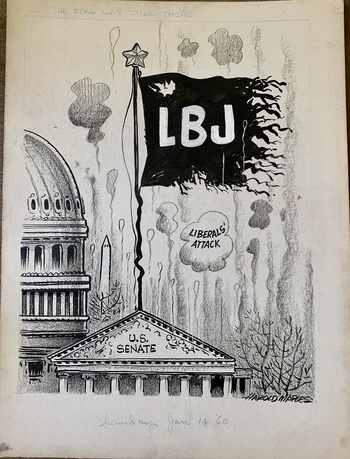 Picked these up at a local Estate sale this week. These are Original Editorial Cartoons by Harold Maples showing what was going on in day to day life. He had a sense of humor and a way to speak to the common Newspaper reader of the time.
Mr. Maples created over 7000 different cartoons and I’m luck enough to own 3 of them. The B - 36 was retired the day before his cartoon hit the Star Telegram News Paper. The B 36 was build in Fort Worth Texas. The second shows a Soviet MiG this one was done in June 19 1959 . June 15th 1959 a Patrol Plane was shot down by a pair of MiG Fighters over the Sea of Japan. Then third shows an LBJ flag over the US Senate with the caption Liberals Attack this was dated Jan. 14, 1960.