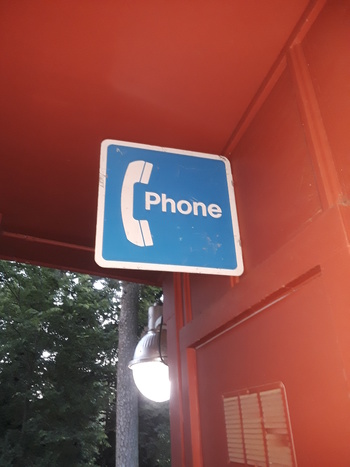 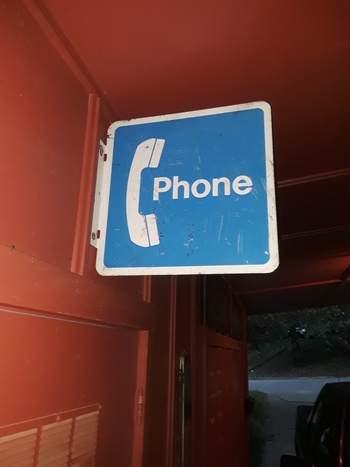 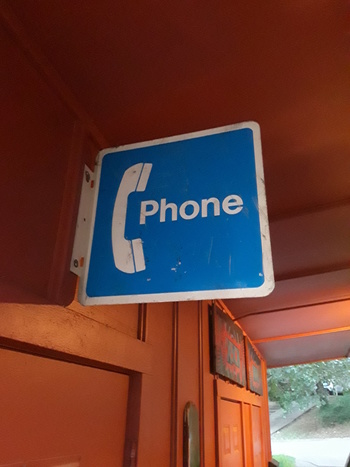 I guess my initial idea to further 'decorate the carport' with my Xenon pinball machine art is somehow catching on... <lol> yesterday the Satellite Cafe sign joined 'em, (with the old RUMMY grapefruit drink thermometer that's already been there, and the antique hemper machine, all those already shown here) and today this 18" square PHONE flange-sign joined the display of 'wall art' out there too. Mostly because I happened to glance at it the other day in a pile, (while looking for a totally different sign) realizing that it'd only take two screws and less than a minute to actually mount it out there instead...which indeed was exactly the case. Took longer, in fact, to get the little stepladder out and retrieve two suitable screws/the drill/driver from the truck. ;-) :-)

If anybody cares, a little more of 'how I got it/etc.' can be found here, where I already showed another 'phone' sign in my collections, both came from the same source.

That red one isn't likely to get mounted outside (though it also remains 'unmounted inside'?) because it doesn't really look like it ever was actually *installed* anywhere. This one does have some weathering/wear/etc to suggest it did see service someplace, at least for a little while, back rights before everybody and their brother (& kids, etc.) was carrying around a cellphone in their pockets, thus when if one was not 'at home' and wanted to make a telephone call you would be required to actually *stop* someplace where a thing called a "pay phone" (and/or "phone booth", and/or "phone book") used to exist, and thus what signs like this were intended to show... 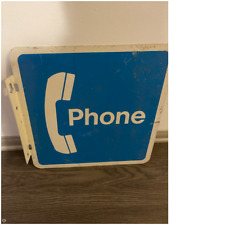 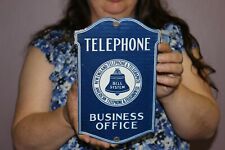 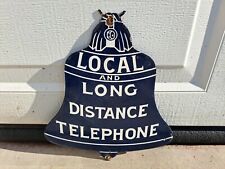 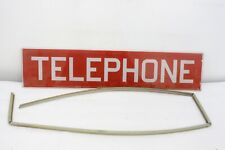