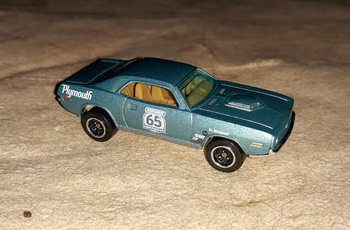 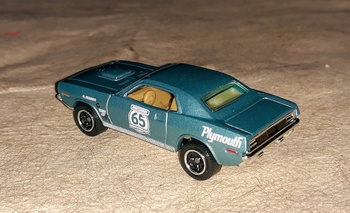 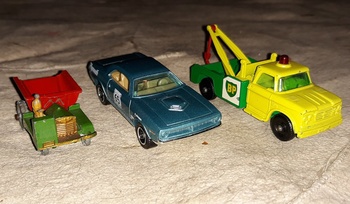 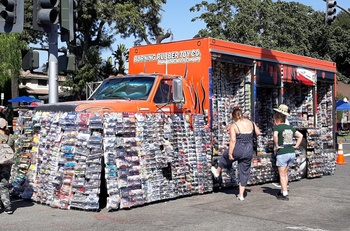 Car Week begins with Matchbox Monday. I think I like this weekly theme but I tend to like themes. This is a modern Matchbox I got in a grab bad for free at the Burning Rubber Toy Company truck seen in the last photo. Bought this at the Route 66 Car Show on Saturday.
The car is the '70 Cuda aka Plymouth Barracuda. First released in 2003 and released again with the #65 on the side to commemorate the 65th anniversary of Matchbox.
The Burning Rubber Toy Company truck is where I first started collecting the modern diecast cars and I first ran into them at the Route 66 car show in Ontario. Ontario, California not the other one. Got four more models from them to share this week. Plus a whole lot of 1:1 versions.