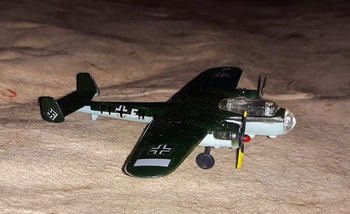 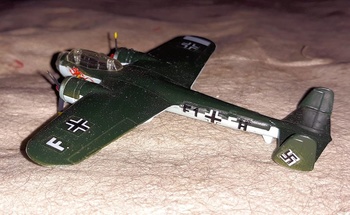 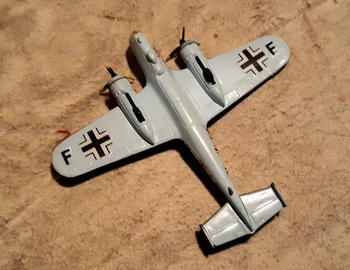 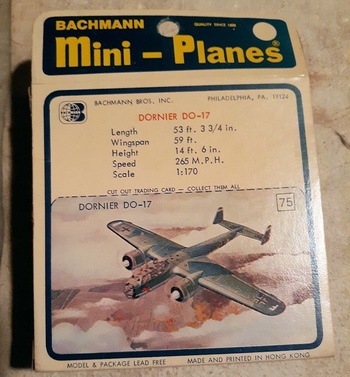 The 1:1 version of this model was light bomber used by Germany in the early days of WWII. It carried about a ton of bombs which is not a lot for a twin engine bomber and had four 7.92 caliber machine guns. It also had a crew of 4. That would be one pilot, a bombardier and two gunners. All were in the front area of the plane, typical of WWII German bombers. In the Spanish civil war it could outrun enemy fighters. In WWII not so much. It was known as the Flying Pencil.
The model has no guns or moving parts so I am thinking it is an early model. OK the landing gear and propellers move but that is it. But then again it is a very neat and delicate model with the twin tails and detailed underside. All in all a very good looking model.
Still have many more Mini-Planes to post so do not panic, 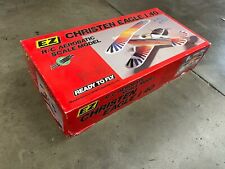