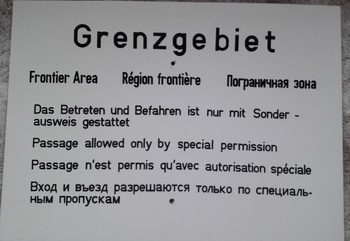 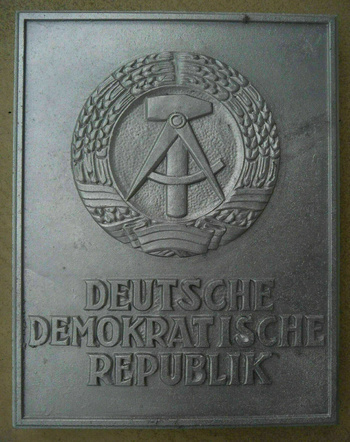 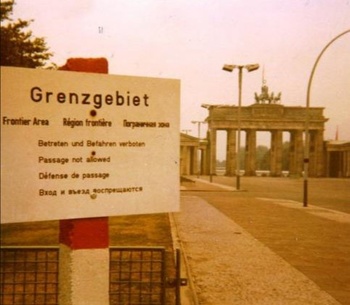 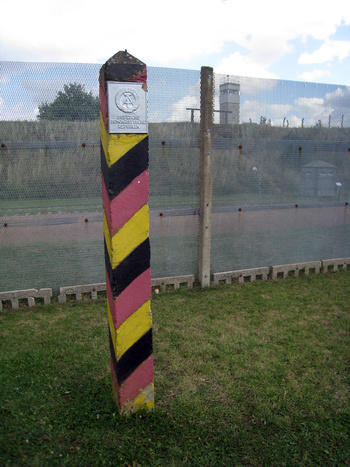 Pic 1. Border crossing sign, displayed near crossing points along the border between East and West Germany. In four languages to reflect the languages of the occupying forces, as well as German.

Pic 2. East German (DDR) State sign. These were displayed on concrete posts to mark out the actual border, as the fences were often several meters inside this line. This gave the guards a clear field of fire to target escapees without shots landing in the West and provided a buffer zone where engineers could work on maintaining the outward face of the fence and still be in East German territory.

Pic 3 and 4 photos of similar signs in situ from when they were in use.