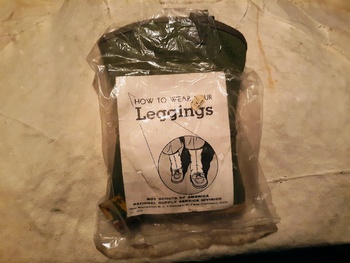 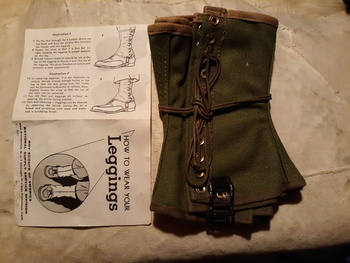 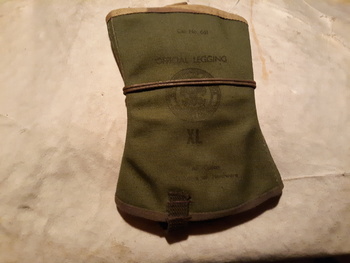 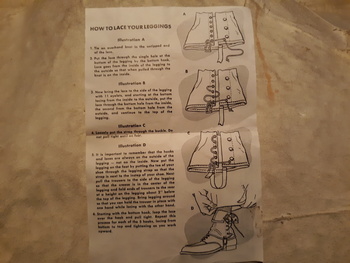 Posting from my phone. Do not think stats have been used in quite a while so I am going with pre 1950s probably 1930s. From what photos and illustrations I have seen these don't appear after the 1930s. OK after doing some research I see some on the 1959 Boy Scout handbook. But they were fading out of existence. I think they were standard before WWII and during but started to fade after. Now one would wear boots instead.
This could be step one in setting up a 1930s uniform but they are size XL and Cody is not an XL but could still work.
Got some new neckerchiefs coming up so that should be quite exciting.