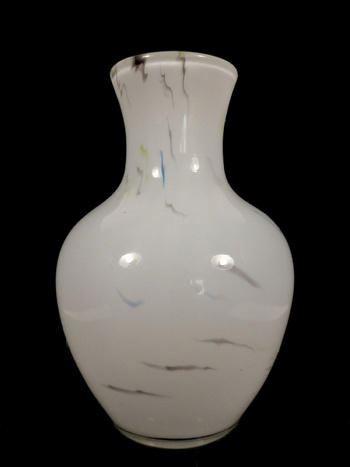 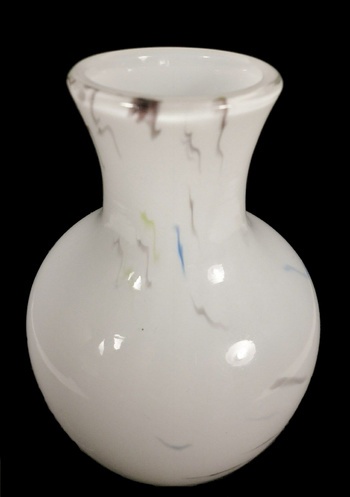 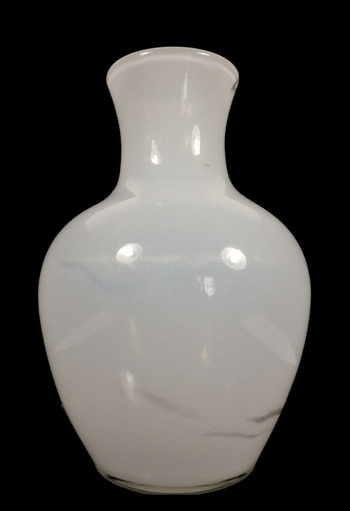 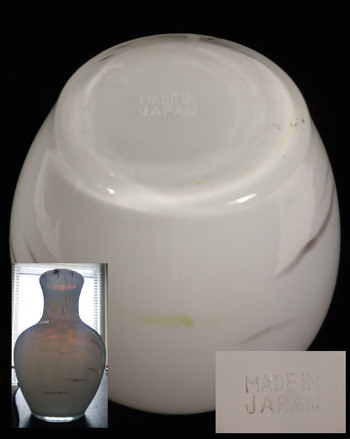 This sturdy little vase is 4.75" high x 3" at its widest diameter. It has a white interior with swirls of color and a thick outer layer of clear glass. The bottom has been hot worked to remove the pontil and then ground and polished. The words "Made in Japan" are acid etched into the bottom. I bought this vase as a part of a project to assemble examples of glass and labels by the various American importers of Japanese glass. I have found 10 importers, so far, so this effort is going to be a bit of a mess. The great majority of imported Japanese glass was labeled, and very few were signed or acid etched like this one, so it gets its own post in addition to being included in a lineup of other examples. I have seen Iwata vases which are very similar to this vase. I am calling these import vases "Not a mystery" as my research and the research of other collectors suggests the makers of pieces like this will likely never be identified.

I did not realize that this vase was opalescent, until I held it against the window. It looks like white glass without light behind it. See last photo. I will get a better image when we get some sun here.