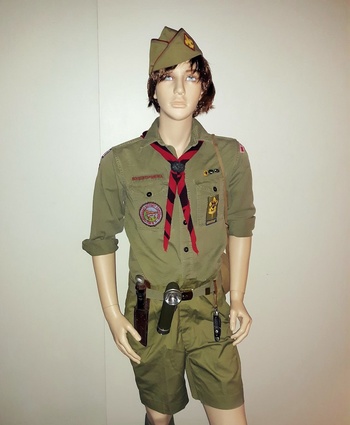 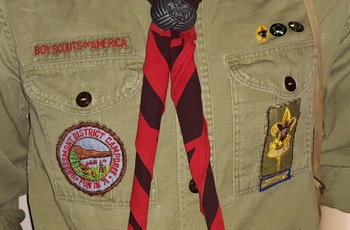 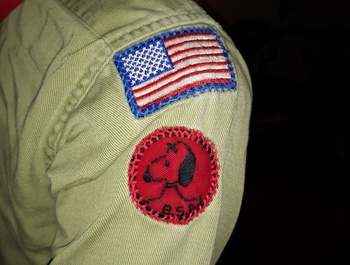 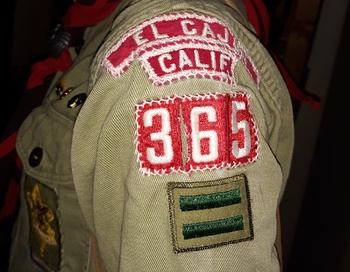 Picked up this Boy Scout shirt as it had an almost full set of patches and it is from El Cajon, California. I lived in El Cajon for 13 years. El Cajon is a suburb in San Diego east county. It is a mixed area of large apartment complexes going to rural around the edges.
This uniform is from an end of an era as in 1972 all the patches had a drastic change. In 1972 BSA switched to the more colorful and graphic patches. El Cajon would be replaced by the larger area council patch. No more cities. The 2 bar Patrol Leader patch switched to the two bars plus PATROL LEADER loudly emblazed upon the patch. And the Snoopy patrol patch would get better more colorful graphics. The Snoopy Patrol patch is one of the best parts of this shirt.
The shirt may be a bit worn but the patches are very well sewn on. I pondered removing them and putting them on another shirt but that seems like it would be a crime.
Next week a Boys Life Magazine from 1941 so stay tuned!