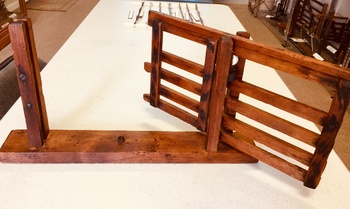 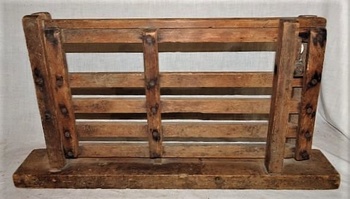 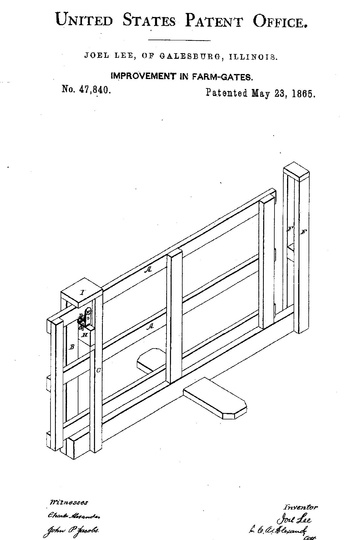 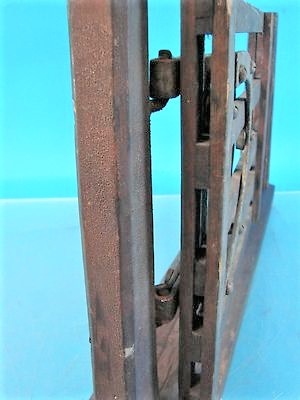 Recent auction find. This salesman sample model represents the Joel Lee, of Galesburg, Illinois patented gate number US47840 dated May 31, 1865. There were a number of gates patented during the same period with different variations of the same theme; sliding and swinging gates. This gate rests on a swiveling roller that allows the gate to slide open half way then be rotated to the fully open position.
One feature not seen on later models was the offset posts on the roller end. The idea eventually evolved into a single post. More about that later.
Later: 3/26/2020. The 4th photo is a gate from my collection that is an example of a single hinge post. The hinge is mounted on the corner of the post in order for the gate to slide past, then rotated to the fully open position. Patented by Charles D. Smith, of Paris, Illinois, April 13, 1917, patent no. 1,221,237.
4/9/2020 Before and after cleaning photos 1 and 2.