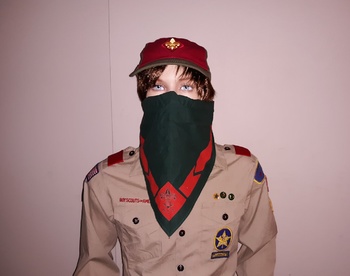 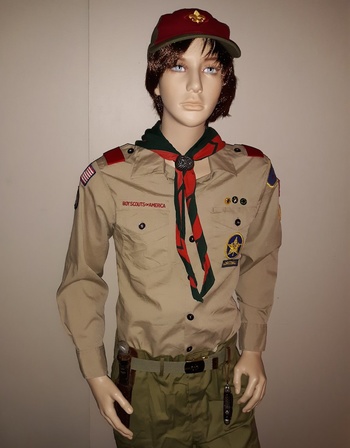 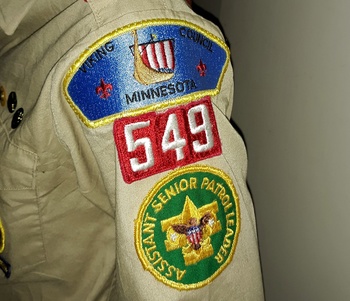 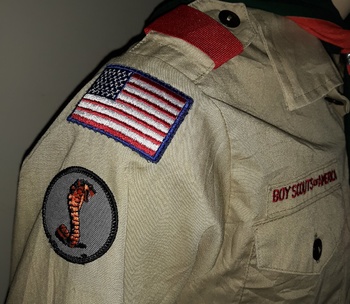 This is a part two from last week pretty much. Put most of the patches on the shirt and there you are.
Long sleeved de la Renta Boy Scout shirt with 1980s patches. These patches were used from 1972-1989 and the shirt from 1982-2010 so this would be a 1980s scout. He has the rank of a Star scout which is fairly high. The next highest rank is Life Scout and then Eagle. Also he has a high position of Assistant Senior Patrol Leader along with service stars and the Arrow of Light award.
In the meantime at work I have been having to wear the neckerchiefs as a mask. I look like I am going to hold up the stage.