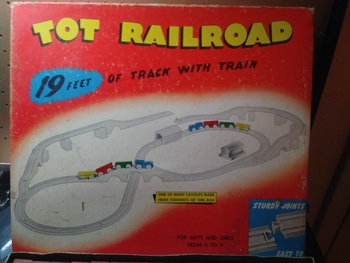 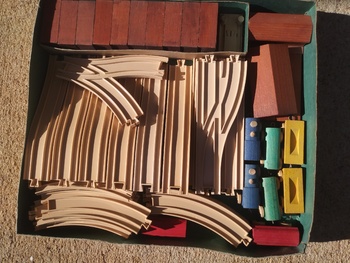 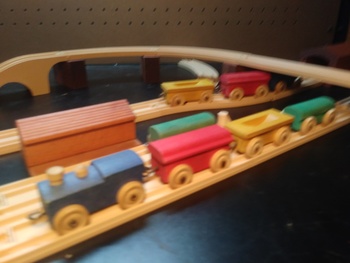 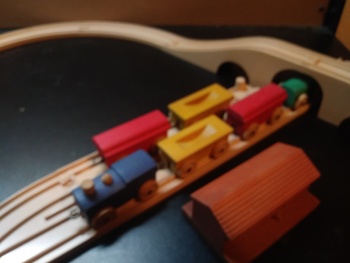 Picked up a large Tot Railroad set made by Lincoln Logs in '58-'59. I don't usually stray into tot age toys unless they have an appeal or a toy I had. I loved as a kid, and still love, trains and I had one of these sets, but it was made by Keystone. Keystone had made them previously and sold all their assets in '58. I recieved a Keystone set around Christmas '56, it was my first train set. The Keystone and Lincoln Logs sets are almost the same except for the packaging art changing slightly(they still used the Keystone part #'s) and the train colors. Keystone used gloss paint and Lincoln Logs used flat, that's. The only difference in the actual train sets. If you're familiar with '50s vintage Lincoln Logs you'll notice the red box car is the LL chimney red, the green tanker is the LL green roof slat color, and the station/tunnel/bridge supports are the brown color of the logs. I'll hopefully find a Keystone version some day. 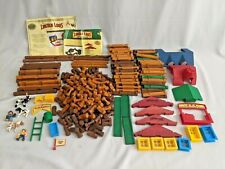 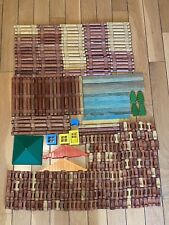 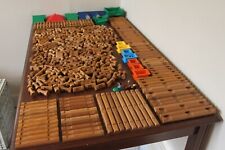 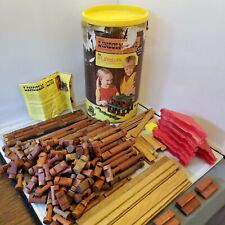