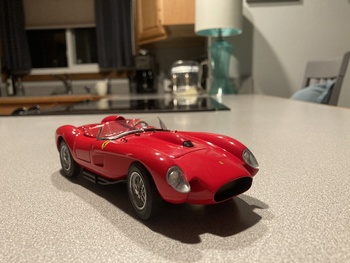 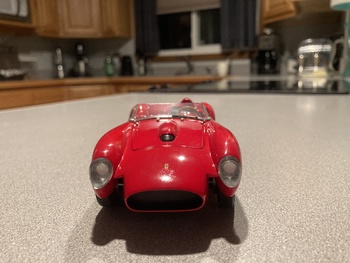 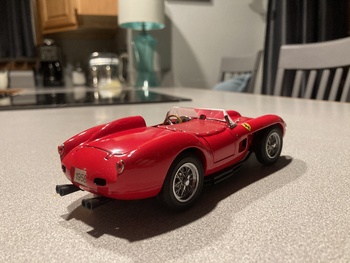 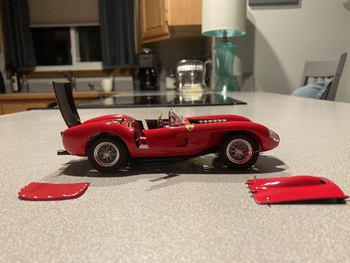 Here is a unique model. Unlike any other car in the collection. This model has a few interesting features to it, and a little story behind one of them. It has opening trunk door with removable spare tire and chrome trimmed gas tank, a removable front hood, opening doors, and steerable wheels. This car also has one more interesting feature; a plastic cover that goes over the passengers side of the cab. When I first got the model out of the box it was in with all the other cars, this plastic cover was at the bottom of the box. Because the owner of the house had action and army figures, i figured the piece was a part of their armor that had somehow found its was in the box. Luckily I held on to it, and just stuck it at the back of the shelf. About a month or two later, my brother was taking a look at this car and picked up the red piece. He placed it on, and miraculously, it fit like a glove! Im glad i didn’t throw it out as that would have been a shame when i saw the same model on eBay and been filled with regret at the piece I had so carelessly thrown away. Nonetheless, this is a very cool and interesting model.