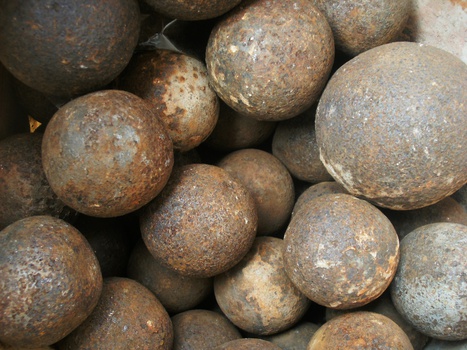 These came from a guy that did the construction in the early 70's around the Alamo, as they dug up the area they would find the cannon balls around the construction site and load them up in buckets, later at his home in Dallas he buried them to preserve them ???? after he passed his wife had them bug back up.