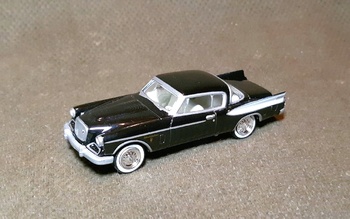 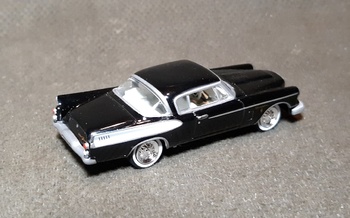 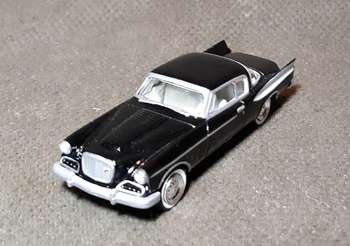 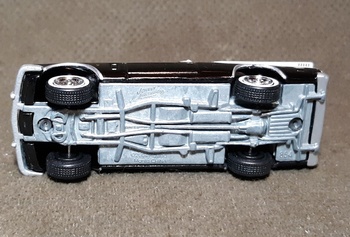 Cars of the 1950s were moving pieces of sculpture and this one is no exception. It has the big fins, rocket styling and distinctive grill.
The 1:1 version featured the Studebaker 289 ci supercharged engine. That was a large engine for a car this size so it was an early muscle car. The Golden Hawk was only sold from 1956-1958.
A feature of the design is how the headlights are the front of the rocket/jet and that follow through to the tail lights which would be the exhaust. The grill is based on European styling.
The model does not have an opening hood but it still well detailed. The tires actually have tread on them as seen in the last photo.
Been busy this week there may be an interruption in posting. Do not panic as normal posting will resume soon.