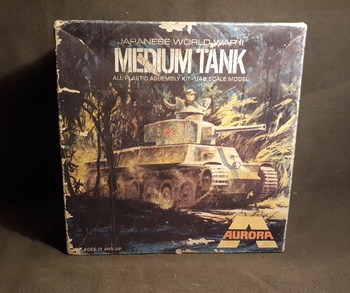 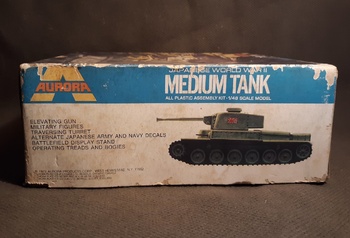 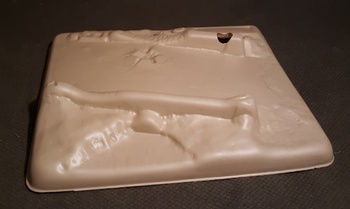 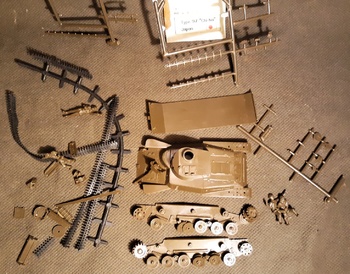 Aurora was a pioneer in the plastic model market. The models were not the high quality of today's kit but they were much less expensive even adjusted for inflation. These were made for kids to buy and build. This one seems fairly decent although made to the 1/48 scale. 1/48 is a popular scale for airplanes but tanks tend to be 1/32 or 1/35. I bought this for the box although it it seems to have a complete model inside. It has excellent front cover box art. I like the base inside, I can use that for my other tank models.
The model is of the Type 97 Chi-ho tank which had a rather unfortunate reputation. It was first produced in 1938 and was out dated very early in WWII as in when it started early. The thickest armor was 1 inch thick. The US M3 Stuart light tank had 2 inch thick at the thickest. And that was just a light tank. The M4 Sherman was 2-3" at the front plus had a much larger gun. The poor Type 97 was kept fighting throughout the war and Japan was not keen on developing a new tank.
Now with luck I get the energy to build this up and paint it although I have a few nicer models to finish. With model makers unfinished models is a big thing unfortunately.