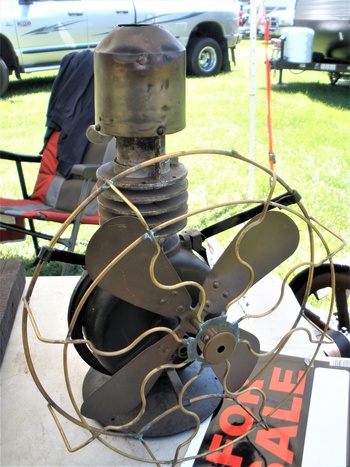 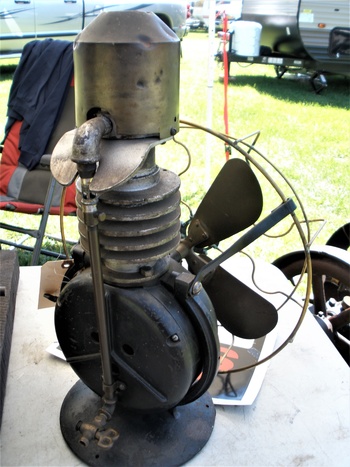 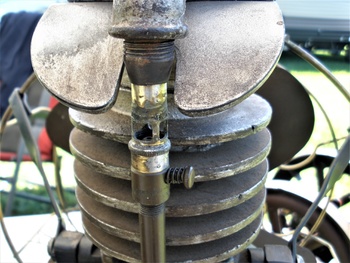 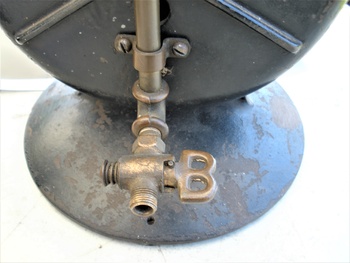 Went to Cool Spring (near Pittsburgh) engine show this past Thursday and saw a unique hot air fan that I never saw before. The gentleman who had the fan for sale commented that he was selling it for his neighbor, and didn't know the name of the mfg. He also said he did not run it. A red flag always goes up when an person is selling an engine or such, and he never ran it.
It is obvious that the name started with "B" because the key that adjusted the gas flow was in the form of a "B".
What made it so unique, is that the heating element is on the top of the fan, when all the fans that I have seen in the past , have the heater on the bottom.
I was interested in purchasing it from the fan, so I looked up my friend B****, who had a display set-up at the show, He is one of the all time experts on Stirling engines (hot air).
He said that he owns a similar fan like this and could never get it running. I decided to pass on the purchase, mainly because such items are not inexpensive, and I didn't want a costly dud on my hands.
I did purchase, on that day, an uncommon Lake Breeze Stirling Fan which I will post shortly.