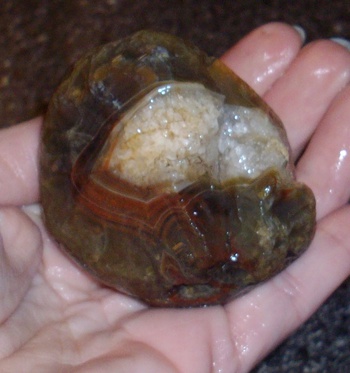 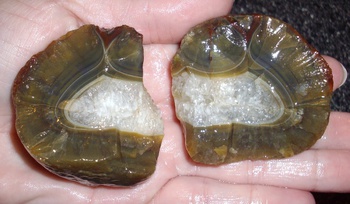 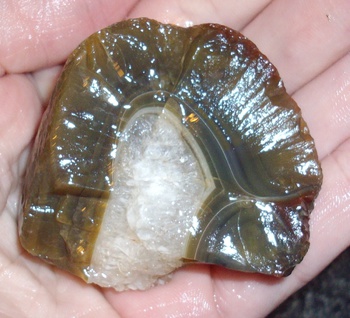 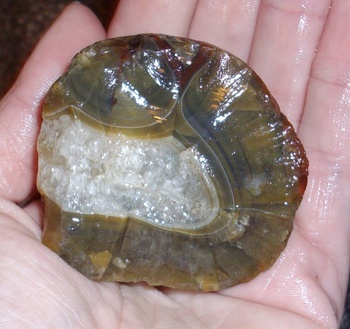 There is a field close to my house that is mostly rock and it has always yielded some nice finds. About 6 years ago I found picture #3. A nice cleanly sliced agate. Then about 2-3 years later I found the other half in the field. I have been picking agates for as long as I can remember and this is the only rock that had been split and 1/2 found then years later the other 1/2. I find split rocks often and usually find both pieces near each other. So even though it is not a really great rock the story makes it one of my favorites. Thanks for looking.