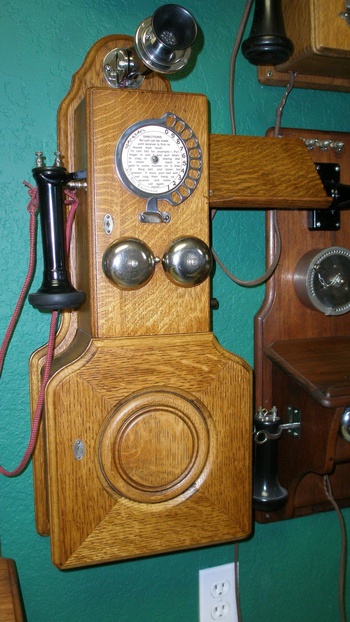 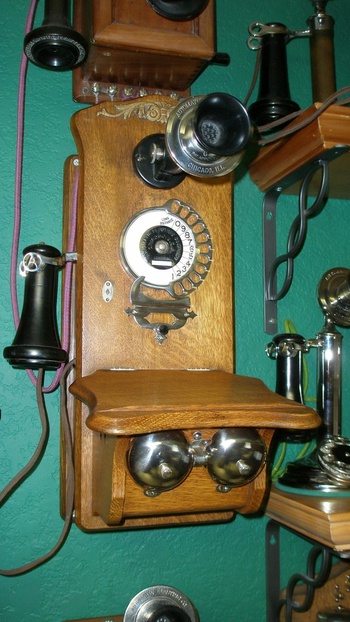 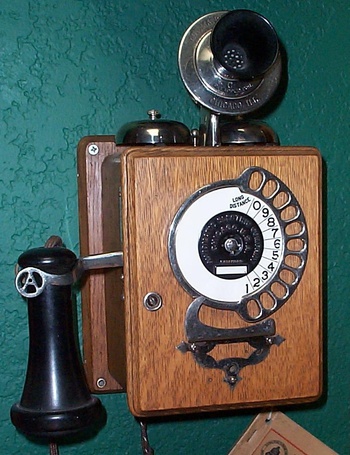 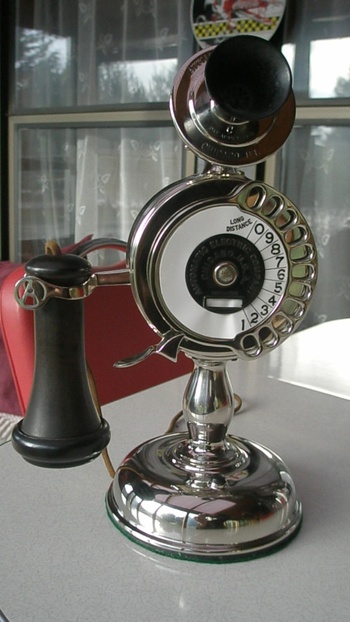 The dial telephone dates back to 1891 When Almon B. Strowger a Kansas City undertaker felt deceived because his competitor's wife worked the local switchboard. He feared she was deliberately directing his calls to his competition, so he determined to develop a telephone system which would eliminate the go-between switchboard operator. In doing so, he developed the first automatic dial system known as the Strowger dial. The first photo is one of Strowger's 1900 wet cell battery wall phones, the second is a 1904 dry cell battery single box wall phone. the third is a 1905 smaller wall phone because the battery was supplied from the central office. the fourth photo is a 1905 11 hole dial candlestick. the eleventh hole was for long distance calls.