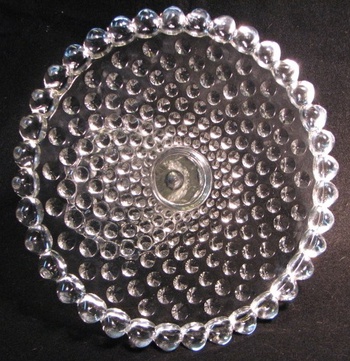 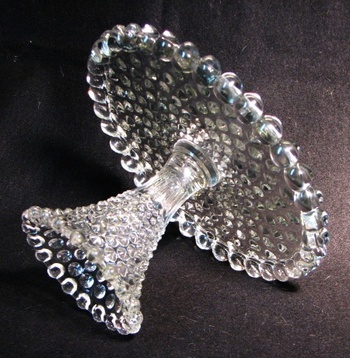 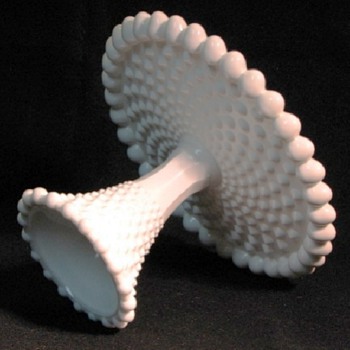 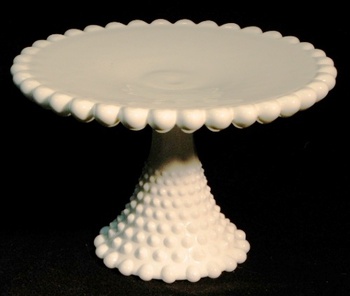 The Duncan and Miller Glass Company introduced the "old Hobnail" pattern in 1930. The pattern was first made in Crystal, Cranberry pink and Cape Cod blue according to their add in House and Garden magazine in 1940. The pattern is also called 'Early American Hob Nail' and 'Hobnail'. The 'Old Hobnail' pattern was made from 1930-1955 and this piece is one of the most highly sought after in the Duncan Miller product line #118. Many collectors refer to the cake stand as 'Giant Hobnail' because of the huge hobs around the perimeter of the plate. The milk glass was most likely made by Tiffin, as USG got the molds when DMG closed down in 1955.