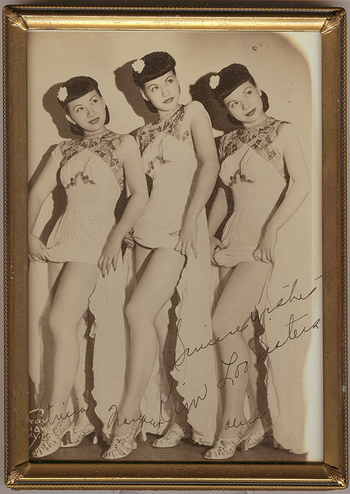 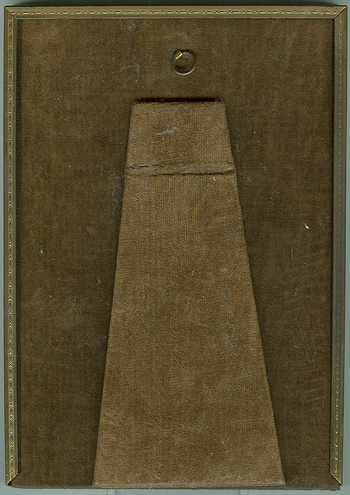 The Kim Loo Sisters were a singing group that started out as four, but ended up as three. Those three were singers with Ina Ray Hutton's big band and played many shows at military bases throughout the U.S. during WWII. This is probably a photo sent out by their fan club. It is autographed with pen ink, but the signatures are not authentic. They were probably put their by the fan. This was an Ebay find and was dirt cheap. It looks swell at my office.

The frame also happens to be vintage, and has a great felt back. I found it, glass and all, in a pile of junk on a sidewalk while walking my dog in my South Berkeley neighborhood. Once I saw the back of the frame, I knew it needed to be rescued.