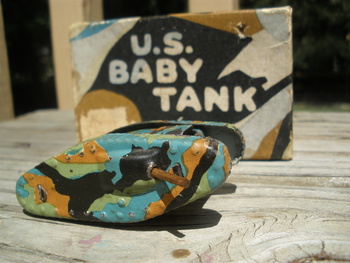 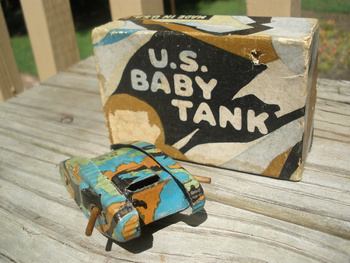 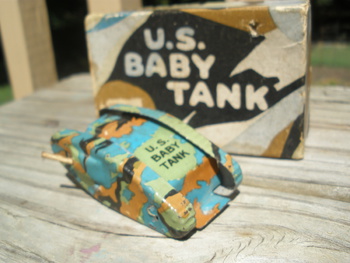 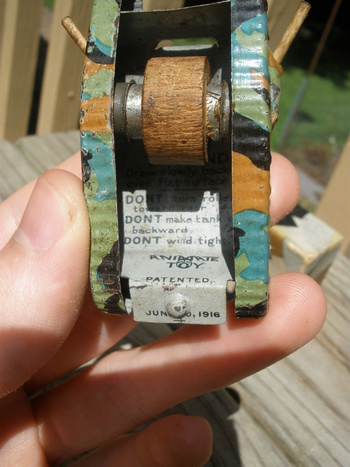 This just came in recently, but I've been wanting one for a while now.

It is a tiny, diminutive, miniscule "Baby Tank" from around the end of WWI. It came with the box too!

At only 2 1/2" long, it is a rolling oxymoron, considering it is supposed to represent a giant, imposing war machine. The guns in the sponsons are literally the size of toothpicks, as far as thickness goes.

It has since sized up, but originally the small pill shaped mechanism would wind up, and propel the vehicle forward. The instructions and patent date were printed on the bottom. It's not easy to find toys that could have been made during wartime WWI. I like it even more for that reason.