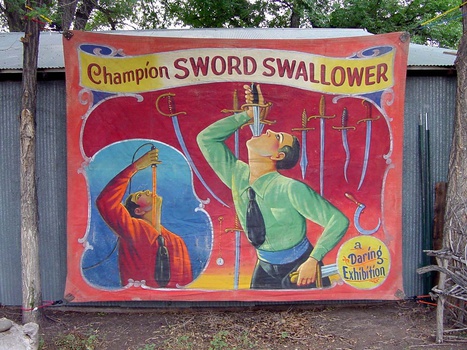 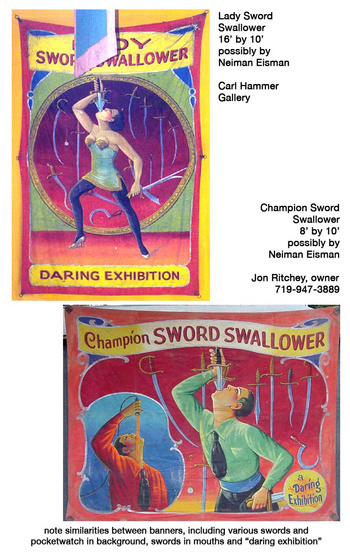 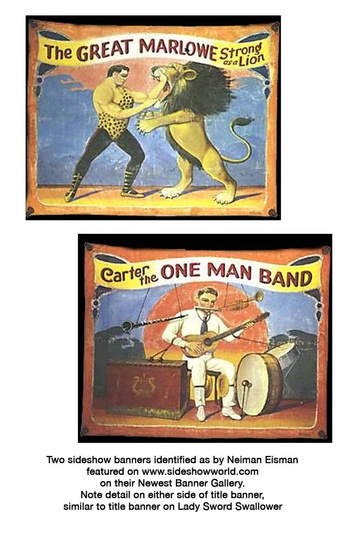 In the early 1970's I worked at a TV station in production. In the prop room behind the studio, I found this "carny" banner, back-side up, covering a pile of stacked lumber. With the station manager's OK, I replaced it with another plain tarp and I've had the banner ever since then. Apparently, during earlier days at the TV station, travelling carnivals or circuses would bring performers, props and animals to the TV studio for promotions (back when productions were "live"). This banner was apparently left behind during one of these shows.

Between 2003 and 2005, HBO had a series called "Carnavale" about a travelling carnival during the "dust bowl" era. The technical advisor for the series was Banner Artist Johnny Meah www.czarofbizarre.com/ whom I contacted for more info about my banner. He kindly replied and said that it was "most likely done by Neiman Eisner,circa 30's/ 40's. Eisner was a very well known banner artist of that era and produced a large volume of work, some of which appears in a coffee table
book titled FREAKS, GEEKS & STRANGE GIRLS, which I co-authored."

Mr. Meah also referred me to the other co-authors, Jim Secreto and "Teddy" Varndell. Mr. Varndell also thought it was probably done by Neiman Eisner, but I cannot find his name (usually 1st name only) anywhere on the canvas, front or back.

Johnny Meah also referred to the image at the bottom left side: "I'm guessing that the partially eclipsed figure on the left side of the banner depicts a man swallowing neon." I originally thought that it was a red-hot poker ... neon makes more sense. Johnny Meah still produces banners for custom orders.

On another website http: //www.sideshowworld.com/ they have a good feature on Carnival Banners plus a good story about Neiman Eisman and Fred Johnson. On their page "Miscellaneous" they show many examples of "carny art." I've included two of their examples of banners attributed to Eisman. Other examples definitely look like Eisman's work but without full authentication. 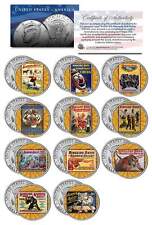 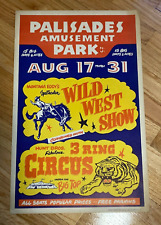 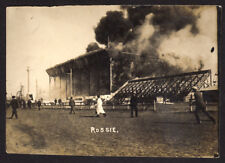 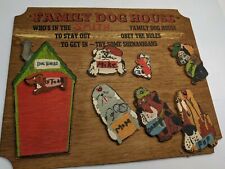