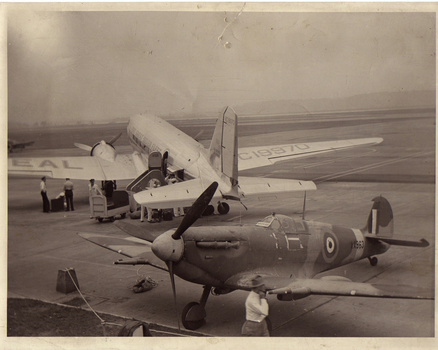 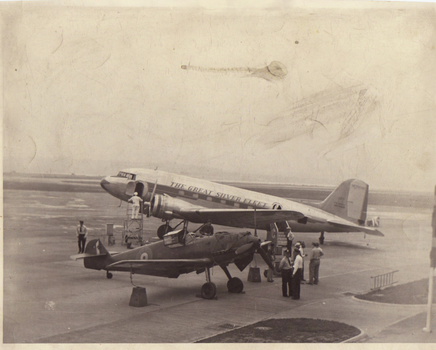 These two photos were taken at an unknown location during The War.

In both photos the EAL planes are the famed DC3. The first picture's Warplane appears to be an English fighter. And in the second picture, though the plane's fuselage indicates that it is also a British craft, notice The Swastika on the rudder. Someone had told me that this actually was a German plane that had probably crashed, but was still airworthy, thus it was being remarked and pressed into service by The Brits.

The Warplanes in both pictures appear similar, maybe they are the same craft, but from a different perspective?