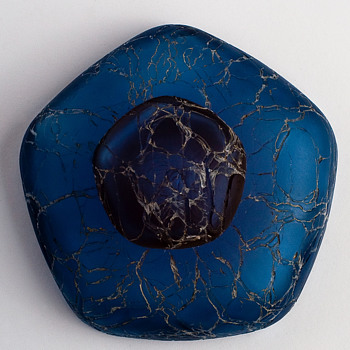 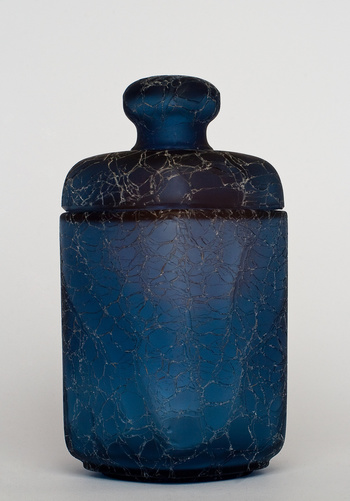 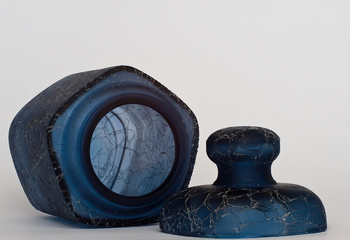 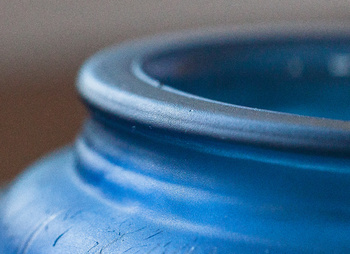 Marcel Franck was founded in 1882 by Léopold Franck who believed in the future of the perfume vaporizer (atomizer) and gambled on a business that would mass produce these devices.
Franck's original clients were hairdressers and beauty product vendors located near his Paris workshop. As the business prospered, his clients came to include all the major Parisian department stores including Le Bon marché, Le Printemps, and Le Galeries Lafayette.
When Léopold Franck died in 1907, the business was transfered to the capable hands of his son, Marcel — hence "Marcel Franck". Under Marcel's direction, business relations were established with leading glass bottle makers throughout Europe, in particular in Italy, Germany, Austria and Bohemia in addition to France. Fraanck also drew upon the talents of unknown French artisans, some of whom became well nown as a result of this contact: Gabriel Argy-Rousseau, for example.
While Marcel Franck did some work for leading perfume houses such as Guerlain, Molinard, and d'Orsay, and furnished some mounts to Baccarat, Saint-Louis, Gallé and Lalique — the thrust of the business was always to develop products that would promote the "Marcel Franck" name rather than allow the company to become just another anonymous subcontractor to the famous.
Technical development helped keep Marcel Franck competitive. Quality and durability of Marcel Franck atomizers were major considerations. From the mid-1920's, brass was used exclusively, with chrome or gold plating over it.
Marcel Franck atomizers were developed liquids of varying viscosity: brillantine, perfume and toilet water — each of which had a different "thickness".
Marcel Franck marketing matched atomizers to particular needs, applications and fashion trends. Guaranteed not to leak, the L'Escale could be packed in a steamer trunk. Other models were designed for a ladies handbag and boudoir.
Popular and memorable models included the Fizz, Super-Fizz, Le Parisian, Le Provençeal, L'Escale, Le Week-End, and L'Apotheose.