He was installing a furnace for a neighbor and had to dig through a crawlspace to install a vent.He came upon "vice alley" that was filled with whiskey bottles,aspirin bottles (for the hangovers!) and all these Hamm's beer cans.When he called on the phone to say he'd found 3 Hamm's cans,I wasn't too impressed.I started from the 70's era cans and went backwards.Nope....nope....no,not that one.

I finally asked him "Do they have an illustration on the back SHOWING you how to open the can?"

"Y'mean like a hand lifting a can opener into the lid? Yeah"

My lunch plans suddenly changed to meeting this fine young gentleman and seeing his tin treasures. When I arrived,he showed me the three cans he'd found.A bit dusty,slightly rusty-but these were the first cans Hamms put beer in.Most breweries started with cone top cans they could fill right off their existing bottling lines,sealing them with a cap,just like they did for bottles.

When I offered him sixty bucks,his jaw hit the floor.I think he was expecting much less.Then he uttered the magic words...

The next day,I returned to Mom,Dad and his girlfriend in the garage, all eyeing up this mysterious "beer can man" that paid their son all that money for EMPTY beer cans. His latest bounty was spread out on the floor,and we struck a deal. Everyone left happy.

He called me a few years later,and we met in a parking lot of a restaurant. But he'd brought a box of common,1970's era pulltab cans to eagerly show me.The outcome wasn't nearly as joyous that night.

I told them the recycling center would give him more than I would. 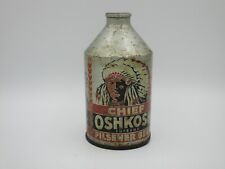 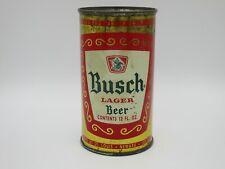 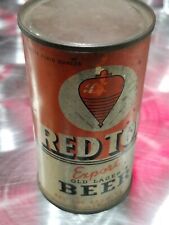 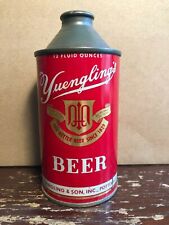